14 Unbelievable Food Facts That Will Change How You Eat 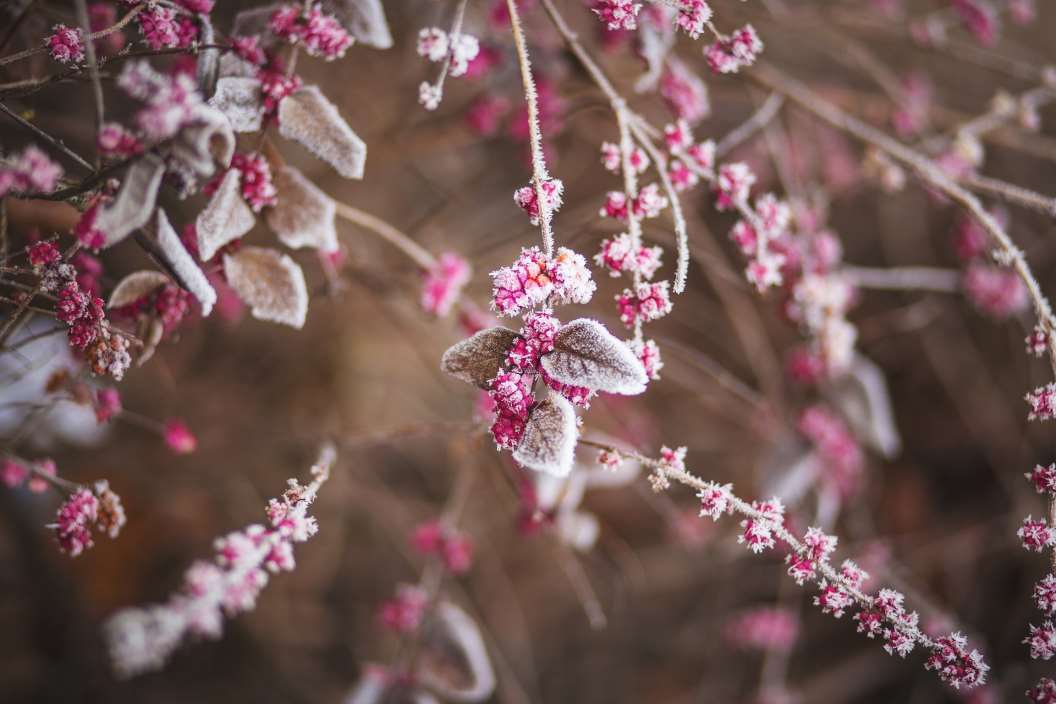 “Nothing tastes as good as being thin feels.” —Elizabeth Berg

You won’t believe some of the stuff you’ve been swallowing. Read this before you take another bite.

We rounded up some food facts you won’t find on any nutrition label, and the results may forever change what, how, and where you eat.

Someone Made Jellyfish Snacks 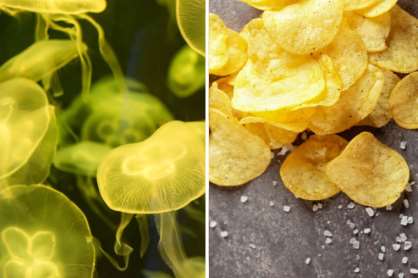 And you thought cricket protein bars were bad. Last year, researchers at the University of Southern Denmark developed a method for drying the tentacled sea creatures out to a crispy, paper-thin consistency, not unlike a chip.

No word on whether they’ll be for sale in U.S. supermarkets anytime soon, or in what flavors, but we can always hope. 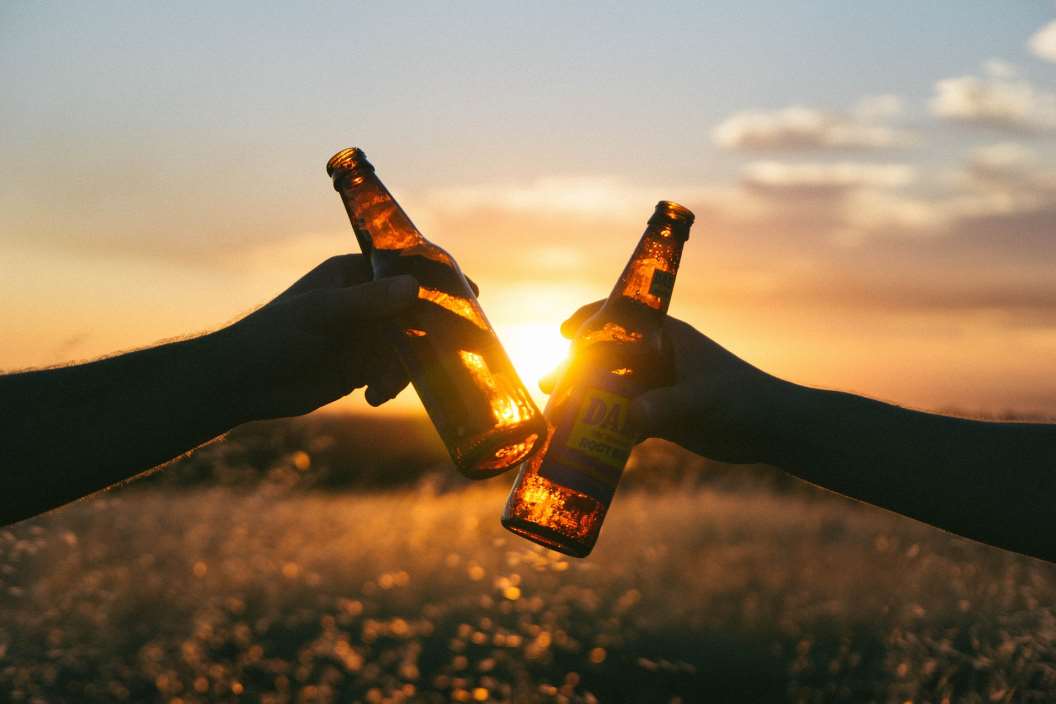 Tossing back a brew or two—specifically Guinness—may help keep your smile sparkling, according to a study published in the Journal of Biomedicine and Biotechnology.

Related: 5 Teas You Should Drink To Boost Weight Loss

Researchers discovered that beer helped prevent the growth of bacteria that leads to tooth decay and gum disease. Previous research found that the silicon in beer may promote strong bones, so it looks like milk’s got some competition—no, not really.

Coffee Is The Top Source of Antioxidants in the American Diet

According to a study by researchers at the University of Scranton in Pennsylvania, coffee is the number one source of antioxidants in the American diet.

Antioxidants, as you may have heard, are great for fighting off the aging and heart disease. But before you go for that second cup, remember this: Coffee isn’t a super rich source of the free radical-slaying substance, it just comes out on top because the rest of our diet is so poor.

Load up on leafy greens, berries, and nuts to get your fill. Either way, be sure to read how coffee can help you lose weight.

Watch Out For Unnatural "natural flavors"

Related: Here are 15 Super Foods You Should Be Eating For The Summer

Castoreum is often used in chewing gum, ice cream (usually vanilla and strawberry), puddings, brownie mixes, and some hard candy. It’s earned the FDA generally recognized as safe (GRAS) status but vegans and people with a high ick factor may want to beware or stick to sweets with cleaner ingredients. Lose weight easily with the Smoothie Diet, a revolutionary new life-transformation system by certified health coach Drew Sgoutas, that not only guarantees to help you lose weight and feel better than you have in years, it also promises to eliminate more body fat - faster than anything you’ve tried before.

People have a knee-jerk reaction to the term “processed foods” but they’re not all bad. It just depends on the level and kind of processing, says Gorin.

Take 100 percent grape juice, for example. Because it is made by pressing whole Concord grapes (including the skin, seeds, and pulp), it makes the heart-healthy and immune-boosting nutrients in those fruits—which are fairly short-lived as far as their growing season—much more accessible.

Similarly, cooking tomatoes actually increased the bioavailability of lycopene, the cancer-fighting compound in them, making some packaged products a great option. And research has found that steaming broccoli can up levels of health-promoting and antioxidant compounds.

What Your Nails And Jellybeans Have In Common

You know that shiny, long-lasting shellac manicure you’re obsessed with? That same substance is used to give jellybeans, candy corn, and other glazed candy their shine, says Zeitlin. And that’s not even all. Shellac is actually a secretion from an insect. For a better way to satisfy your sweet tooth, join team dark chocolate—it’s got antioxidants and comes from the cacao plant, not some bug.

Almond Milk Isn't As Healthy As You Think

“I’m always baffled by folks who want to avoid processed food yet drink almond milk,” says Angela Lemond, RD, a nutritionist in Plano, Texas and spokesperson for the Academy of Nutrition and Dietetics. “Commercial almond milk is four to five almonds, water, added vitamins, and additives to make it look like milk. It’s very man-made.” She recommends people snack on whole almonds and drink regular cow’s milk to maximize their nutrients in the most natural way possible.

Drink this tasty red tea (Red Tea Detox Recipe) and in only 14 days from now, you'll have kick-started your natural fat-burning system into overdrive, turning your body into a calorie burning machine.

A Poor Diet Can Cause Brain Damage 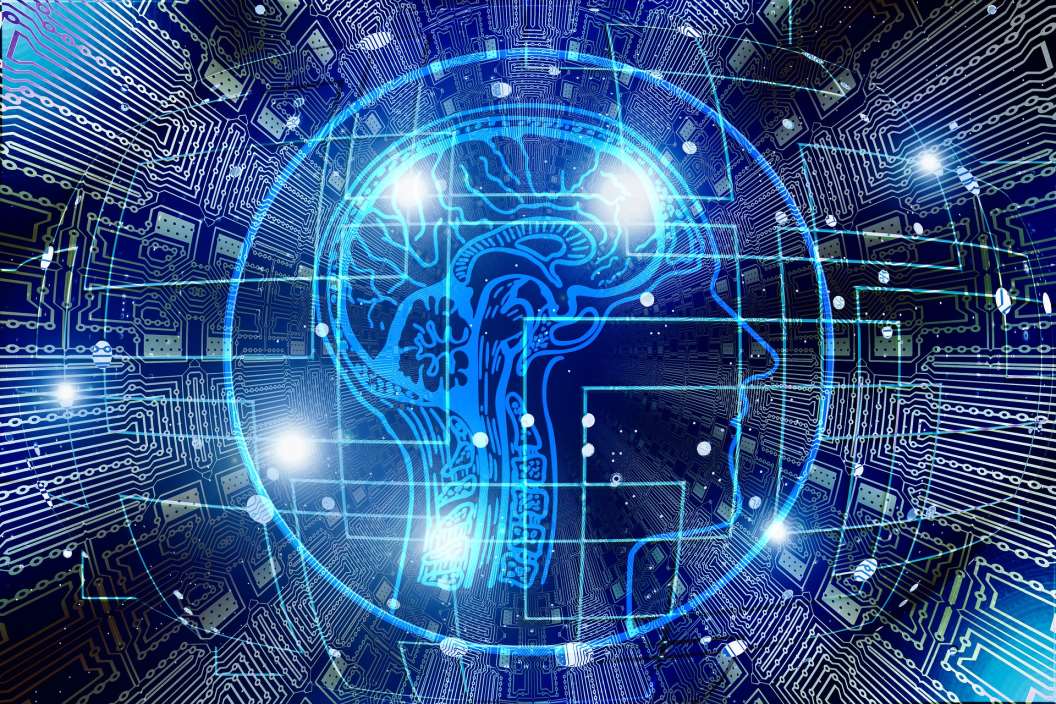 An Australian study found that people who eat a lot of processed junk food have a markedly smaller hippocampus—part of the brain crucial to learning and memory—than those who ate mostly fresh, whole foods. And last year, research published in the American Heart Association’s journal Stroke revealed a startling new link between diet and Alzheimer’s disease: People who drank one or more artificially sweetened drink per day were nearly three times more likely to develop dementia compared to those who drank less than one a week. Lesson: Eat (and drink) better brain food.

Related: These 7 High Carb Foods Are Killing You. Change Your Eating Habits 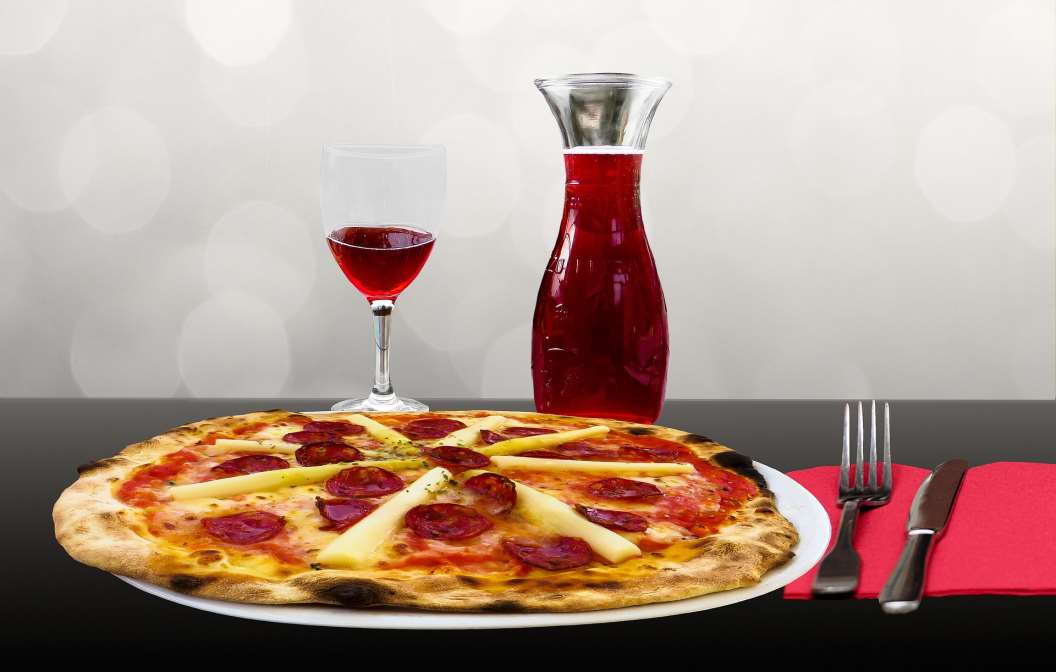 The majority of salt in the American diet doesn’t come from a shaker. It comes from processed foods like soups and sauces and one other culprit that tends to fly under the radar: pizza! One slice can have upwards of 600 milligrams, says Hultin—that’s nearly half the sodium you need in a day.

The American Heart Association suggests not exceeding 2,300 milligrams, and ideally, limiting yourself to 1,500 milligrams. So keep an eye on that pie!

Why Soda Won't Catch On Fire 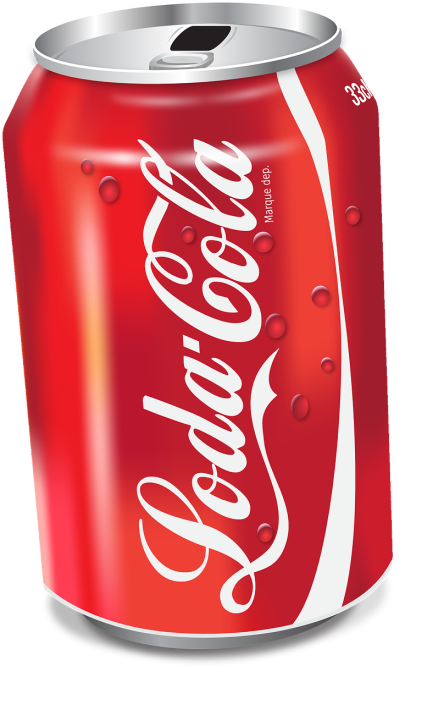 Need another reason to put down the soda and pick up the H20? This ought to motivate you: A common ingredient in pop is brominated vegetable oil (BVO), which has been banned as a food additive in Europe.

The reason? Excessive intake of bromine, one of the main chemicals in BVO, can lead to memory loss and nerve damage, says Zeitlin. And no wonder—it’s also commonly used in flame-retardant materials. 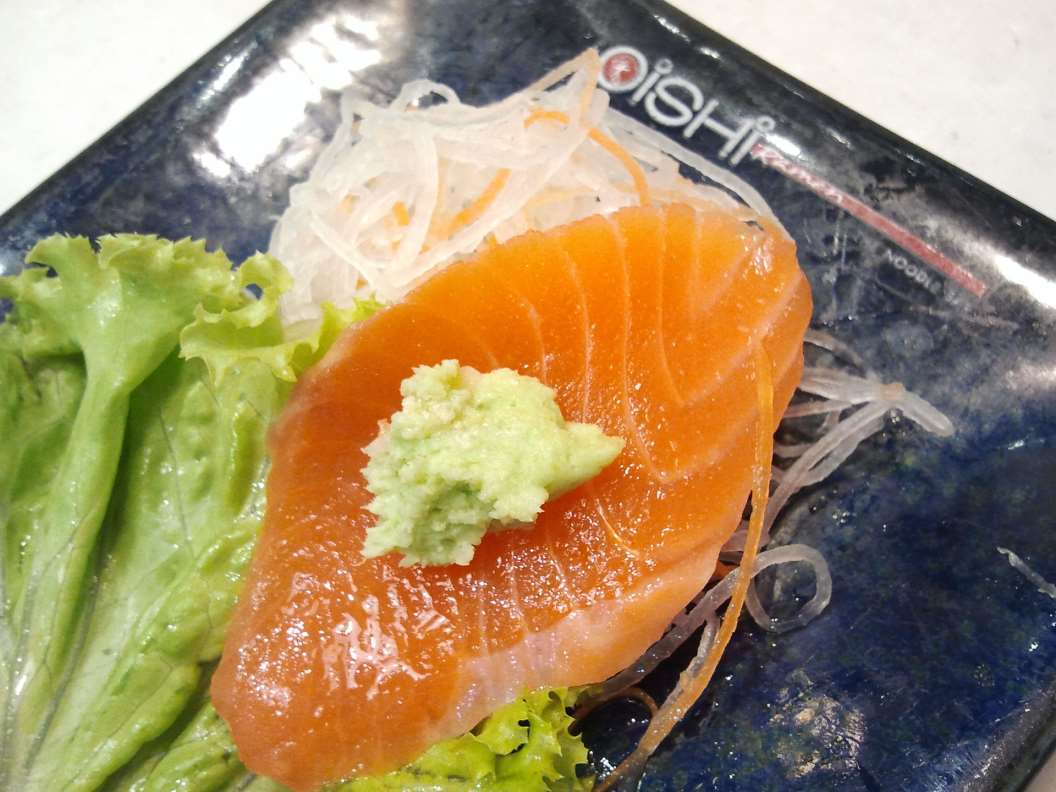 Anyone who’s ever had a California roll is familiar with that little green ball of sinus-clearing spiciness. But it’s probably not authentic wasabi, which comes from the roots of the wasabi plant and is naturally green in color, says Gorin.

Most of what you’ll find in the United States is actually horseradish mixed with a few other ingredients such as oil, water, and either natural or artificial coloring. Both horseradish and true wasabi come from the same Brassica family of plants that also includes broccoli and cabbage, but wasabi is difficult to grow outside of Japan, which is why you won’t often find it stateside. (There are a few growers in the Pacific Northwest and Canada.) Wasabi has a more complex flavor than horseradish, with some floral notes and some sweetness.

Not All Wine Is Vegan 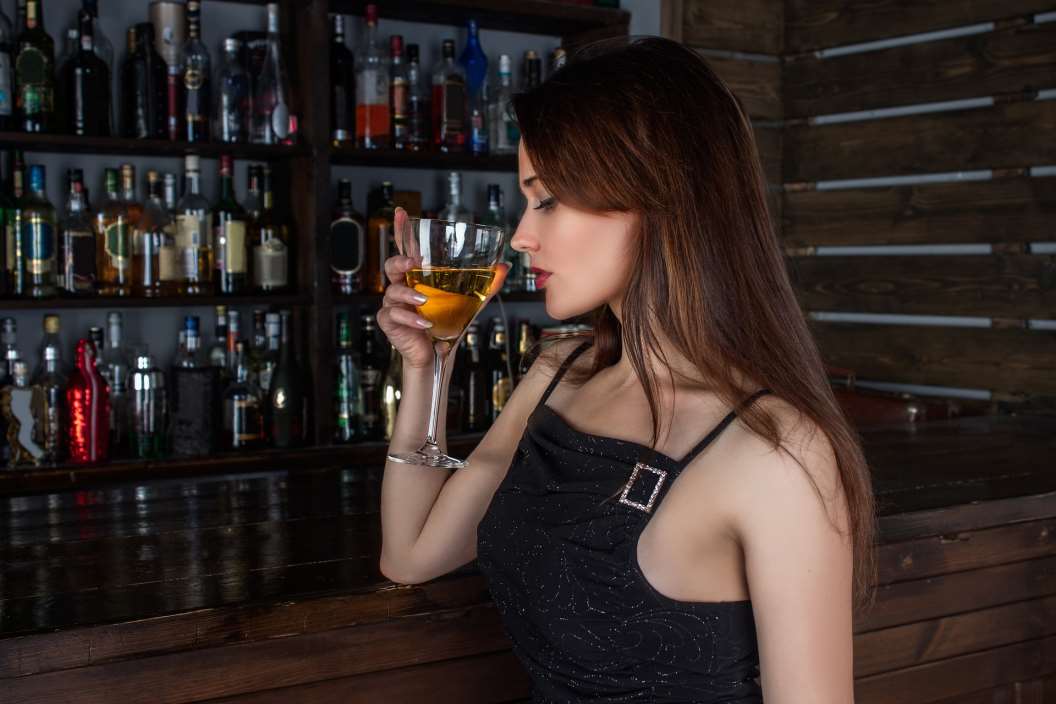 Who would ever guess your vino isn’t vegan-friendly? It’s true, says Ginger Hultin, RD, a spokesperson for the Academy of Nutrition and Dietetics and the nutritionist behind ChampagneNutrition. “In order to make wine clear, fining agents are used—commonly casein (a milk protein), albumin (egg white), gelatin (animal protein) and isinglass (fish bladder protein).”

Related: Here's How 2 Glasses Of Wine Before Bed Helps You Lose Weight

Although there is generally no residual from these products left in wine after processing, anyone who opposes using animal proteins in their food should seek out wine specifically labeled “vegan.”. Never mind that, here's how 2 glasses of wine before bed helps you lose weight.

Some Bottled Dressings Use The Same Ingredients As Sunscreen

Titanium dioxide is a key ingredient in sunscreen and paint, and the one responsible for their white color. But it’s also found in many brands of store-bought salad dressings, as well as coffee creamers and icing, says Brigitte Zeitlin, MPH, RD, an owner of BZ Nutrition.

Fortunately, cutting your consumption isn’t difficult. If you’re not up for reading labels on the bottled stuff, DIY salad dressing can be as simple as splashing on a little olive oil and lemon juice on your greens, and you can use regular milk or cream in your coffee (you shouldn’t be eating that much icing anyway).

Frozen Fruit Can Be Healthier Than Fresh 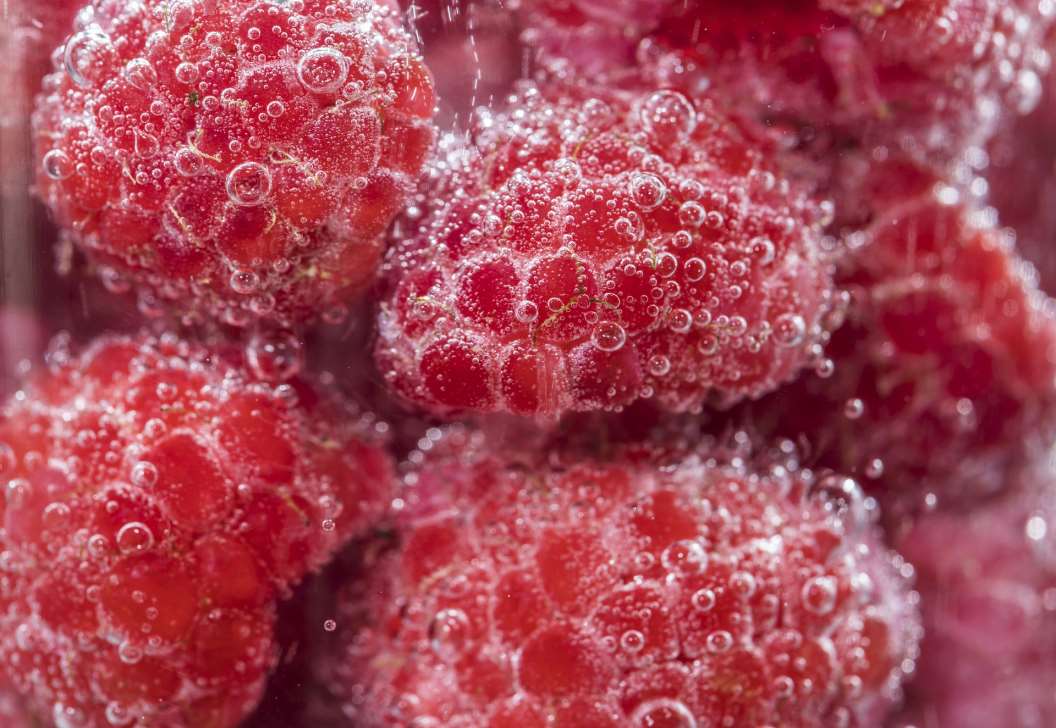 One study from the University of California, Davis found that freezing fruit helped retain nutrients such as vitamin E and minerals such as calcium and iron. Frozen fruit makes nutritious food available to us all year long.

Don't Believe Everything You Read

By now, you’re probably well-versed in antibiotics in your meat, pesticides on your produce, and the pink slime from fast food outlets. But even supposedly healthy foods can pack some surprises.