15 Disturbing Things That Can Happen When You Gain Weight 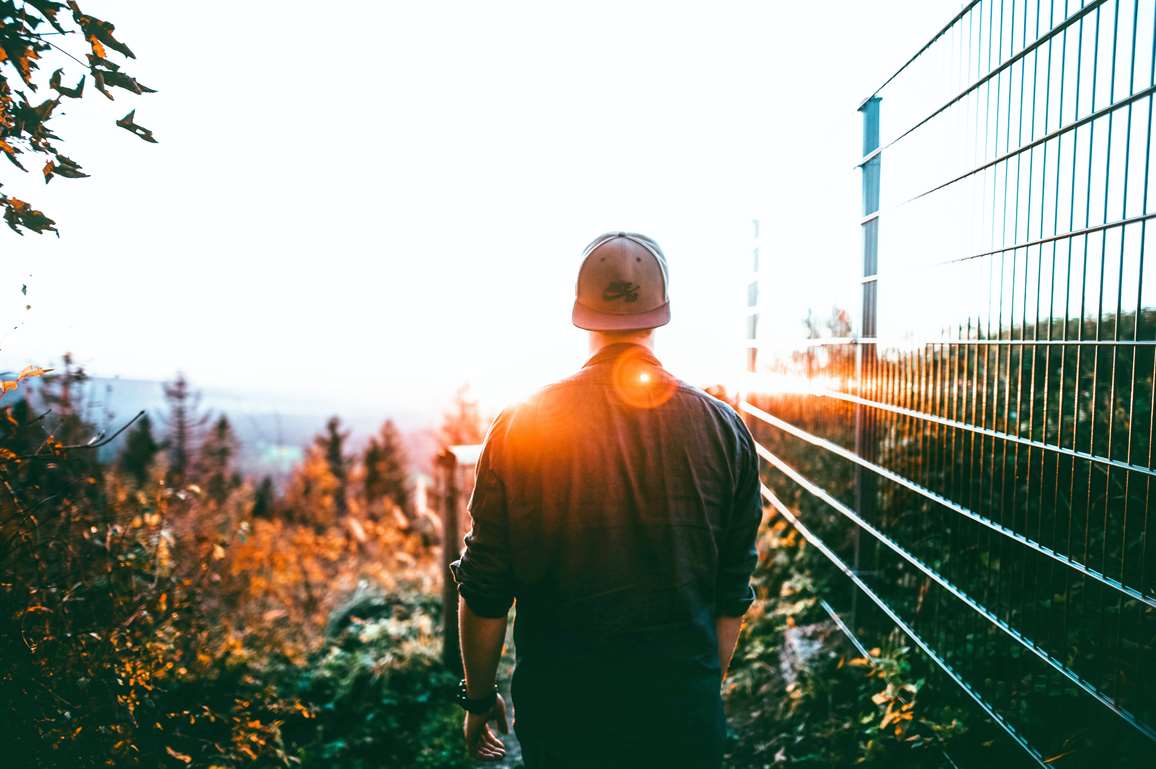 “Champions keep playing until they get it right.” —Billie Jean King

Overweight and obesity may increase the risk of many health problems, including certain cancers, heart disease, and diabetes. If you are pregnant, having an excess amount of weight may actually lead to short and long-term health problems for both you and your child.

That's not all there is to it. Read on to find out the 15 disturbing things that can happen when you gain weight:

It’s long been thought that some genes may cause weight gain but the opposite can also be true—weight gain changes your genes. Gaining weight has the power to change your body on its most basic level, by altering gene expression in your DNA, according to a study published in Nature. The genes that experienced the most significant changes had to do with metabolism and inflammation, they found.

How does fat actually occur? It's not only just a result of eating excessive amounts of fat. When you consume more calories than needed, your liver begins to convert both carbs and fat molecules into fat---storing them in your body's fat cells until more energy is needed.

Weight gain occurs when you continue to store more energy than you’re burning off. It continues to collect in storages because it has no where else to go, sadly. Here Are 16 Ways To Lose Weight Fast

Food Starts To Lose Its Flavor 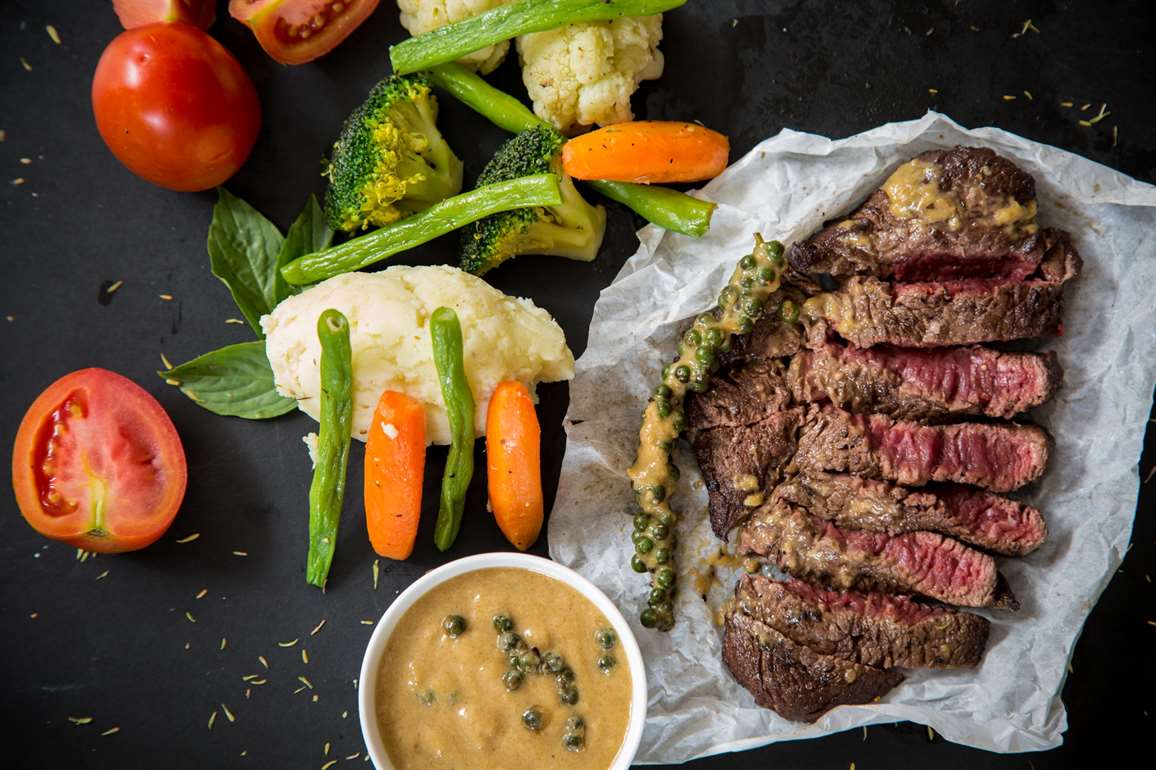 It's very tempting to blame the pleasant tastings of food for your weight gain. But it appears to be the other way around. Inflammation from gaining weight can cut down our taste recepters by a whopping 25%, according to a recent study published in PLoS Biology. This may actually lead people to start overeating more than before, as they crave for the same reward in flavor from their favorite foods before--making the problem even worse unfortunately.

Stepping Outside Of Your House Begins To Feel Terrifying 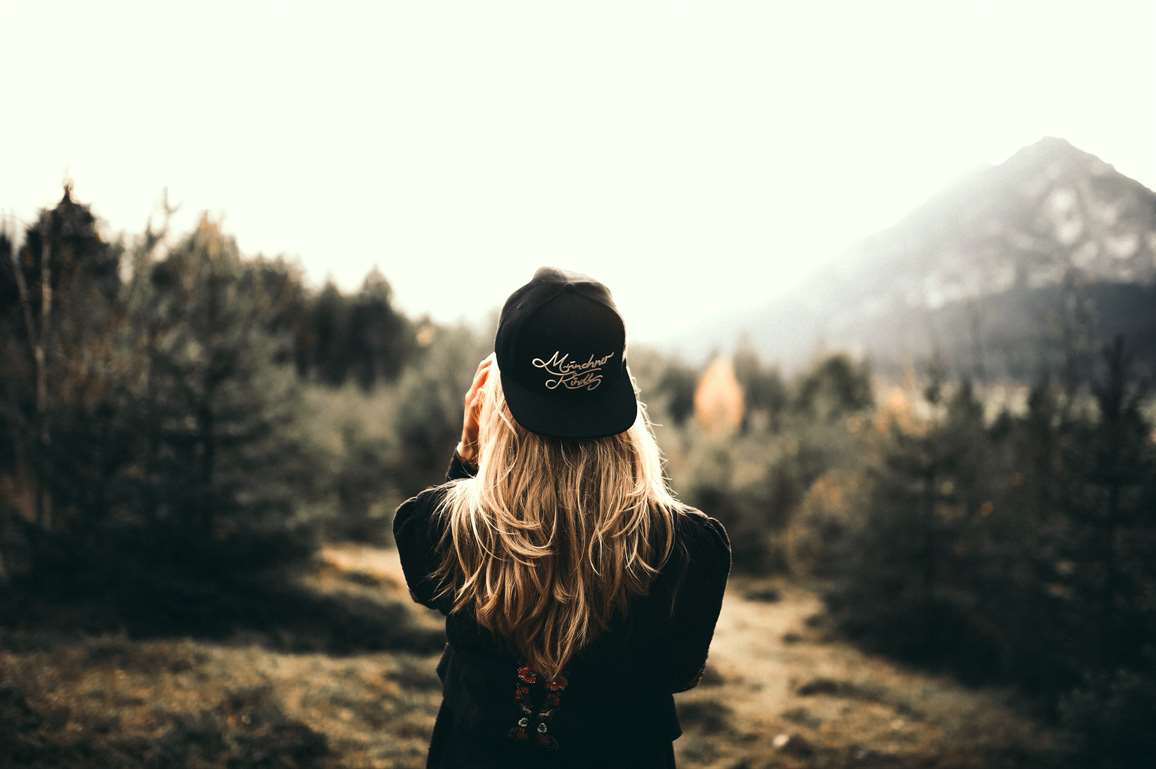 Are you feeling anxious? Turns out, according to a study published in Menopause, gaining weight can increase levels in anxiety. Researchers found that women with a higher waste-to-height ratio had increased chances of suffering from anxiety than their peers. However, losing weight helped loosen their symptoms. Perhaps this shows that dietary patterns are able to manipulate brain chemistry and alter the formulation of neutransmitters, such as serotonin. Serotonin is commonly known as the feel-good chemical found in the brain. It's estimated that 90% of the body's serotonin is producted in the digestive tract and fluenced by microbes there--which are influenced by the foods we eat.

Read: It May Be Harder For Shorter People To Lose Weight

Migraines Get The Best Of You

Suffering from migraines like you've never suffered before? Gaining weight actually worsens the problem. Over 20 years of research has shown that becoming overweight significantly increases your risk of developing these migraines, and people who are obese are more likely to be suffering from chronic migraines according to the American Migraine Foundation.

Your Burps Start To Become Painful

Heartburn is the worst. The fiery chest and throat pain can seriously take the fun out of eating a delicious meal. If you’ve suddenly started having more or worse flare-ups, it might be time to check the scale. Gaining weight puts you at a higher risk of heartburn, according to the Harvard study. Excess body fat around the middle can increase pressure in the stomach and cause the sphincter muscle between the stomach and esophagus to open when it shouldn’t.

You Start To Pee Three Times A Night

If you’re consistently having to pee during the night it’s no laughing matter, as it can be an early warning sign of chronic kidney disease and failure, says the National Kidney Foundation. What does your weight have to do with your kidneys? A lot: Obese people are seven times more likely to get kidney disease and even people who are mildly overweight are 90 percent more likely to develop end-stage renal failure, according to a study done by the University of California – San Francisco.

Your Savings Are Being Eaten By Gambling Or Online Shopping

Wondering why you've been unable to control your self-control? Your weight scale might have your answers. According to research published by the Association for Psychological Science,, a 10% weight gain is enough to change your brain in significant ways and that can alter your personality. People who gained weight scored much higher on impulsivity and were less likely to resist temptations of all kinds, the researchers found.

Weight gain can put extra stress on your heart, which can lead to excessive amounts in high blood pressure (which is very dangerous). If you don’t get both your weight and blood pressure under control, you could have a stroke, increase yeour chances of developing dementia in later stages, or develop diabetes.

Man boobs can be a side affect of being obese, but what can make fat deposit in this one area more than others? Hormones.

Gynecomastia is triggered by estrogen levels that are too high or are out of balance with testosterone levels.

Estrogen, a hormone that controls female traits, is stored in fat cells and the more fat a person has, the more estrogen they have, according to research in the New England Journal of Medicine.

You Start To Have Serious Stomach Pains 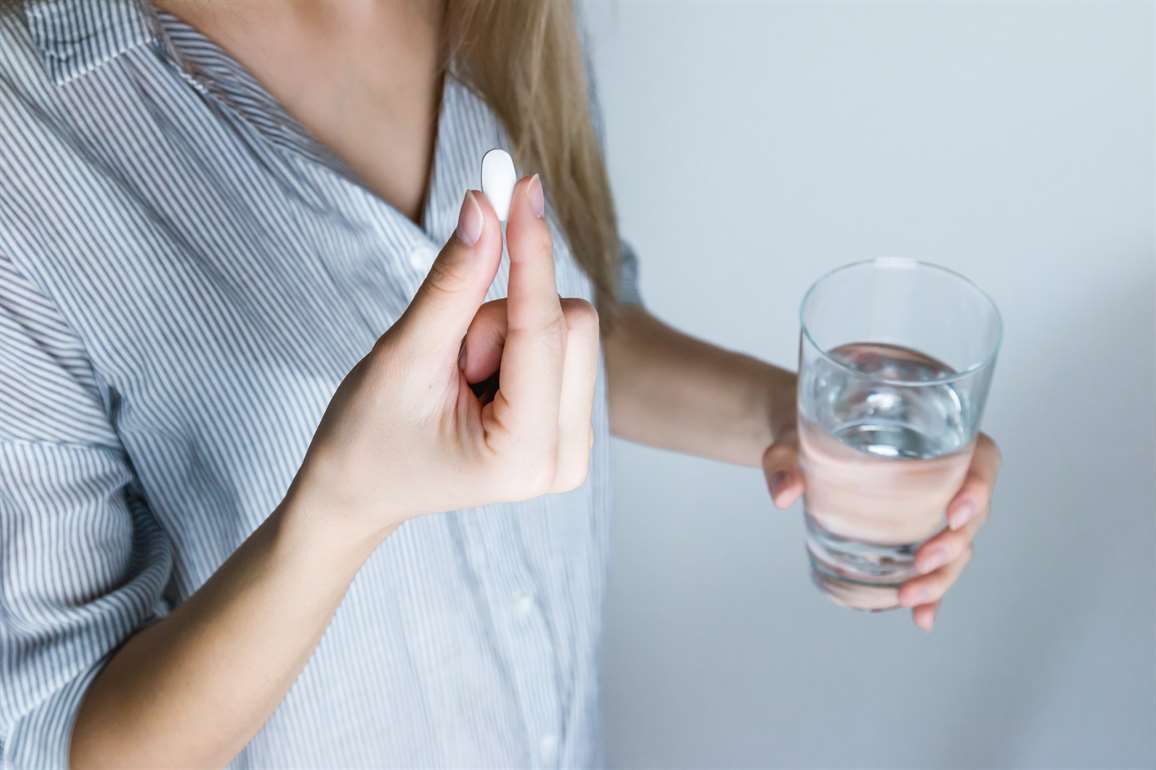 You Don't Find Any Joy In Anything, And You're Super Bummed Out 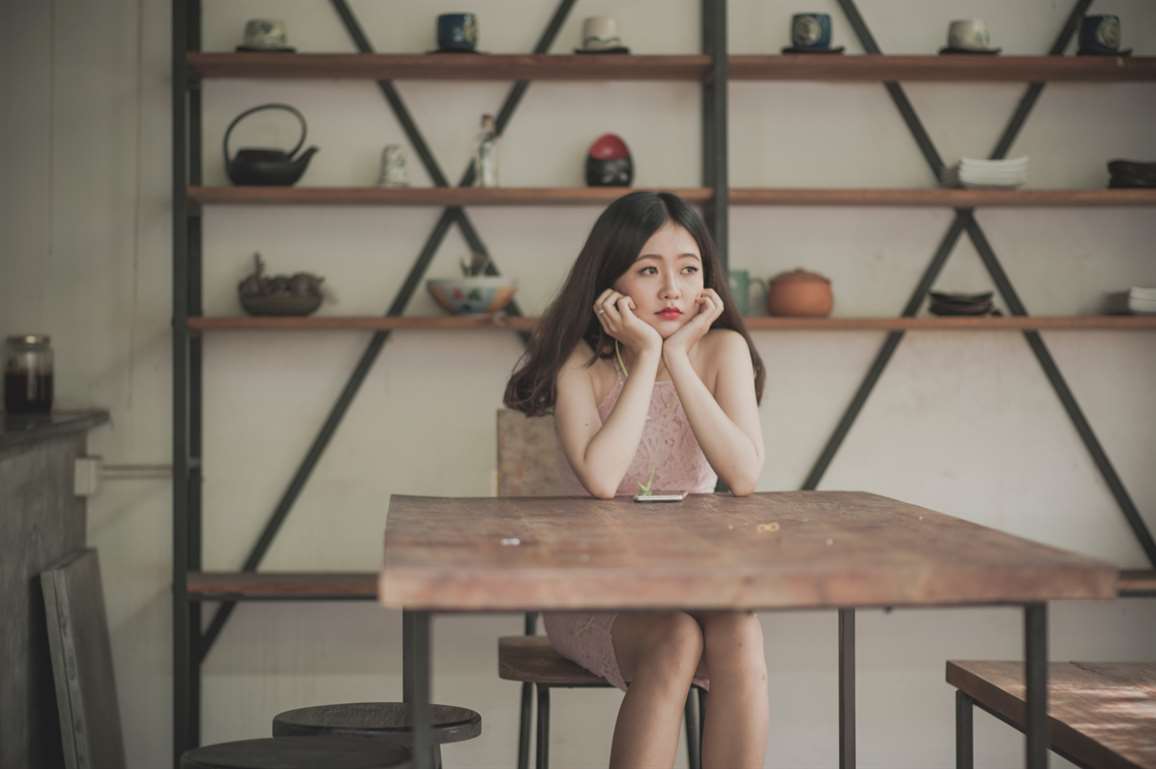 One astonishing finding in the study from Harvard was the strong link between depression and weight gain, say the researchers. Obese people have a 55% higher risk of developing depression over time compared to people with normal weight, according to a study published in the Archives of General Psychiatry. Mood disorders and weight gain can become a vicious circle, as the study also found that depressed folks have a 58 percent higher chance of becoming overweight. 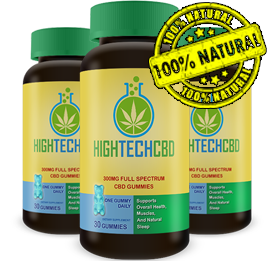 After much careful research, their team has compared all the CBD gummies and oils available and has found the best form of Cannabidiol- HighTech CBD Gummies. Upon further investigation, it was found that the HighTech CBD Gummies are also legal for US residents across all 50 states. It also does not contain any THC, which is responsible for the psychoactive effects normally associated with Cannabis use.

With regular use of HighTech CBD Gummies you will see an instant improvement in your health. This includes reduced anxiety, pain relief, superior anti-oxidant support and much more! No prescription is required.

I WANT TO KNOW MORE

(The product comes with a 100% Satisfaction Guarantee or Full Money Back, no questions asked)

You Have Trouble Conceiving

One of the most dreadful consequences of weight gain is an increased risk of infertility, in both women and men, according to the study from Harvard. Having extra adipose tissue can disrupt hormones and make it harder to conceive.

You Didn't Hit The Gym And Your Muscles Are Sore 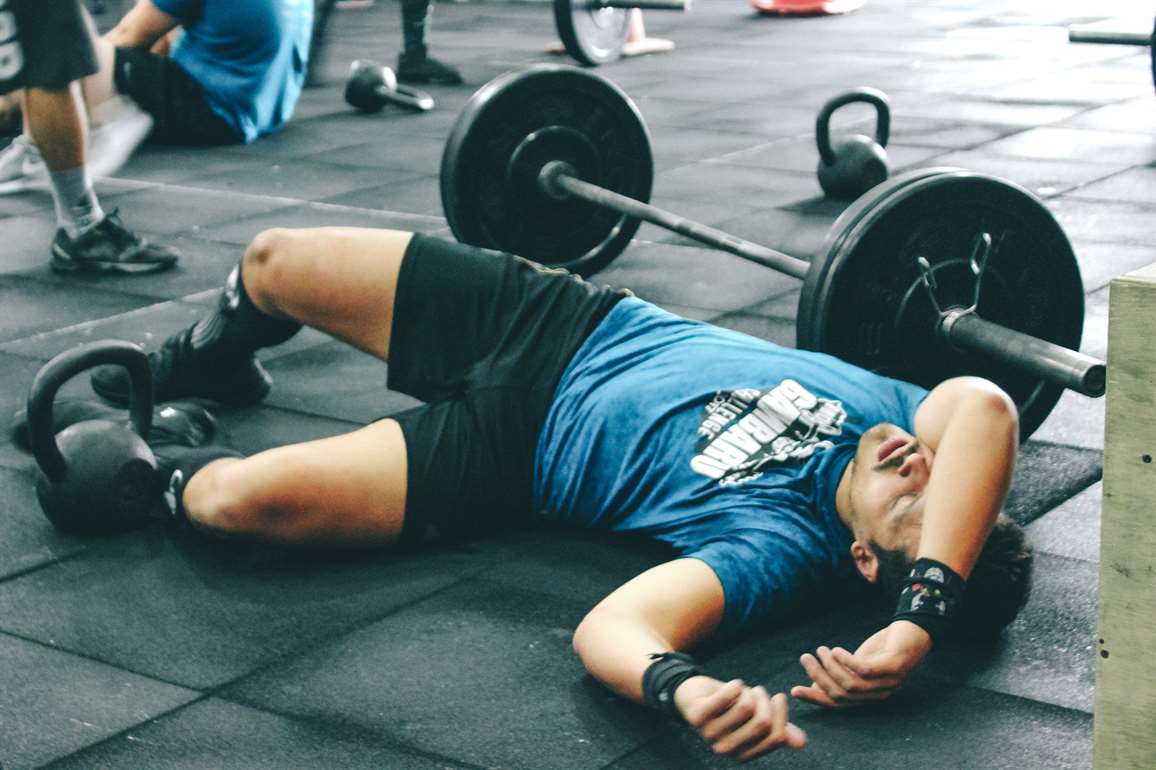 An unexplained fatigue, soreness and weakness from muscle are one sign of deficiency in vitamin D. But what does a vitamin have to do with your weight though? According to a study published in Nutrients, Overweight people are more likely to be deficient in this important nutrient. Why? Even if you’re getting enough D through sunlight or supplements, it gets diluted in the extra fatty tissue. Weight gain can also put you at a higher risk of other vitamin and mineral deficiencies, they added. The good news is, restoring vitamin D can help you lose weight. Not all supplements are created equal.

Does your partner gear up for bed with earplugs, a white noise machine, and snore spray at the ready? It’s a good sign that your snoring is out of control. One cause of loud, persistent snoring is sleep apnea, a condition that causes you to stop breathing many times during the night, and can be brought on or worsened by weight gain, according to a study published in Chest. The good news is that chronic snorers who went on a healthy eating plan saw improvements in their sleep within eight weeks.