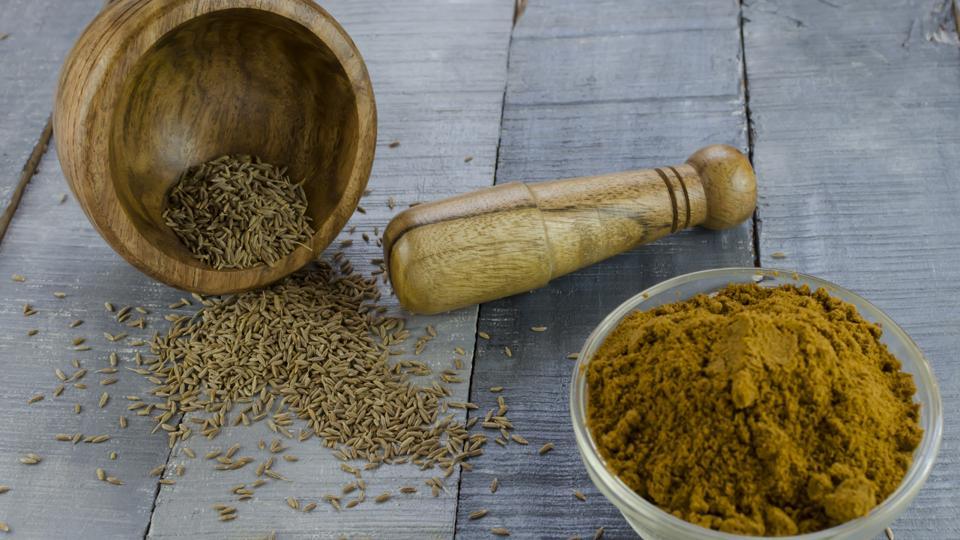 “To think is easy. To act is hard. But the hardest thing in the world is to act in accordance with your thinking.” —Johann Wolfgang von Goethe

Cumin (jeera) is a staple in the spice box of any traditional Indian kitchen. The seeds much-loved while tempering, and its powdered form is equally loved in adding a punch to say, a beverage like buttermilk.

It’s widely used across the length and breadth of our country with good reason.

Cumin has a high quantity of fibre and nutrition

Jeera is rich in potassium, manganese, iron and fibre. “When the body receives a nutrient dense food such as jeera, it absorbs the nutrients better and does not store food to process it later. A good example to understand this is chyawanprash – a single serving of chyawanprash is enough to keep the body full and running for a considerable period of time for the same reason,” says Mahesh Jayaraman, co-founder, sepalika.com (a healthcare platform). As a result of better processing of food, the body does not bloat and does not retain food unnecessarily.

Cumin is used as an anti-congestant in Ayurveda

‘Kafa’ in Ayurveda is referred to anything in the body that is slow moving. “Jeera helps stimulate movement within the body, likely because of its high fibre content. It prevents unnecessary retention of water in the body,” says Jayaraman. Water retention is a reason of weight gain many people are not aware of.

Jeera is well-known for its digestion assisting properties. “It has a compound called ‘thymol’ which stimulates digestion. A comparative 2015 study between jeera and a lipid lowering drug revealed that both produced the same results on the overweight subjects in terms of improving weight, BMI and insulin metabolism,” says Bhakti Samant, chief dietician, Kokilaben Dhirubhai Ambani Hospital, Mumbai. Jeera also helps the immune system work more efficiently.

Read: What Is A Burnout And How To Tackle It?

Jeera has a similar effect on the body as a glass of lemon water and honey, in that it helps improve the quality of the acid in the stomach. “When the quality of stomach acid is high, food is processed much more efficiently which also includes better processing of sugar. Jeera thus also helps keep blood sugar levels in check,” says Jayaraman.

How to incorporate cumin in your daily diet:

In many Indian states, jeera is traditionally considered a one fix cure for all problems. You can replace jeera water with regular drinking water. One can also prepare a glass of jeera water to drink in the morning by boiling a spoonful of jeera in about a glass of water until it reduces to half its quantity. “Drinking this with a little honey makes for a delicious, refreshing and extremely healthy drink. Most traditional Indian dishes naturally pair the more ‘gassy’ food items such as aloo with jeera and these recipes are valid even today,” says Jayaraman.

“Sprinkle some powdered jeera on a cooling class of buttermilk to make it even more delicious and soothing. You can also mix some dry roasted cumin on curds. Adding powdered jeera to your chapati flour is another nutritious way of incorporating cumin in your diet,” says Samant.