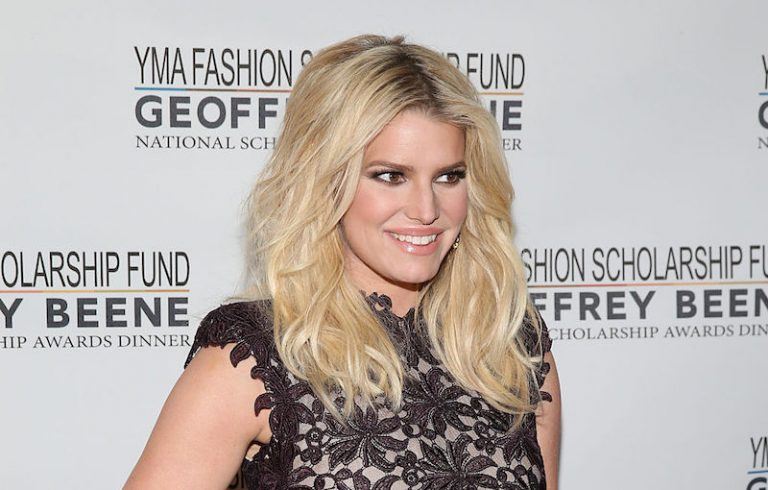 “Believe and act as if it were impossible to fail.” —Charles F. Kettering

From teenage pop queen to clothing designer, Jessica Simpson has been a household name for decades. But as many times as she’s reinvented herself, many people have paid more attention to her personal life — specifically, her weight.

In a society where crazy and unrealistic celebrity diets have seemingly become the norm, hearing how Simpson lost weight has been a breath of fresh air. She did so slowly, realistically, and using methods anyone can follow. Let’s take a quick look at her biggest weight-loss secrets.

From yo-yo dieting to smooth sailing

Simpson’s weight has always fluctuated slightly. She was a slim, fit teen, and eventually got into the best shape of her life for her role in The Dukes of Hazard in 2005. After that, she displayed a curvier figure until becoming pregnant in 2011.

In fact, Simpson credits her changing figure to the success of her clothing company, saying she’s a better designer for women of all sizes because she has “been every size”.

The difference between pregnancies

Ace is the place that I become the annoying kissing mom. All I want to do is snuggle this lil emotional perfect soul! He is a dream! A post shared by Jessica Simpson (@jessicasimpson) on Jan 26, 2014 at 1:38am PST

Read: What is the Whole30 Diet And How Does it Work?

With her second pregnancy, she was a bit more cautious with her food intake. And this time, she worked out with a personal trainer three times a week and went for walks with her fiance (now husband), Eric Johnson.

During her first pregnancy, Simpson was approached by Weight Watchers and signed a deal to become a spokesperson. She lost 50 pounds post-pregnancy through the program and remains an advocate of their methods.

Weight Watchers has long been praised for its effectiveness. It has a high success rate since no foods are forbidden and progress is carefully tracked.

Feeling balanced, healthy and inspired. Proud to have shared my perspective with @glamourmag http://glmr.me/WcDBlc A post shared by Jessica Simpson (@jessicasimpson) on Sep 3, 2014 at 12:08pm PDT

After Simpson had her second baby, she had a brand new motivation for getting in shape: Her upcoming wedding. She enlisted the help of personal trainers like Harley Pasternak, who trained her for 45 minutes three times a week. And while not all of us have access to personal trainers, even for very busy people, that’s not an excessive amount of time to workout.

Related: 14 Subtle but Powerful Health Benefits of Exercising Other Than Losing Weight

Fitness outside of the gym

Since her second pregnancy, Simpson has been praising the old-fashioned art of walking. She’d go on walks while she was pregnant, and to this day, she loves to get outside and get her steps in.

And while her workouts do go beyond walking, many of her moves can be done at home with no equipment. She may be a celebrity, but she’s still a working mother of two, so her fitness plan has to be realistic.

Anyone who’s ever watched Simpson on Newlyweds or followed her career knows this Texas girl loves to eat.

For breakfast, Simpson calls herself “an oatmeal girl.” Since she loves bread, she usually allows herself a sandwich for lunch. Dinner is where she likes to keep it “super clean,” meaning she chooses lean protein and veggies.

Falling in love with wellness

These are my legs during a workout today! I'm proud of myself. Thx @tkrefting and @harleypasternak #nofilter A post shared by Jessica Simpson (@jessicasimpson) on May 17, 2014 at 12:13am PDT

The biggest secret to Simpson’s success: She realized how much she loves the way being healthy feels. She feels better when she’s active, and exercise helps her regulate her hormones and anxiety.

Simpson’s attitude regarding her health and wellness is refreshing. “People are going to talk about this no matter what. I might as well choose to live a healthy lifestyle,” she has said, also adding that pregnant women shouldn’t be ashamed of their weight because they’re creating a life.