Man Loses 227 Lbs. After Father Tells Him 'We Don't Want to Have to Bury Our Children' 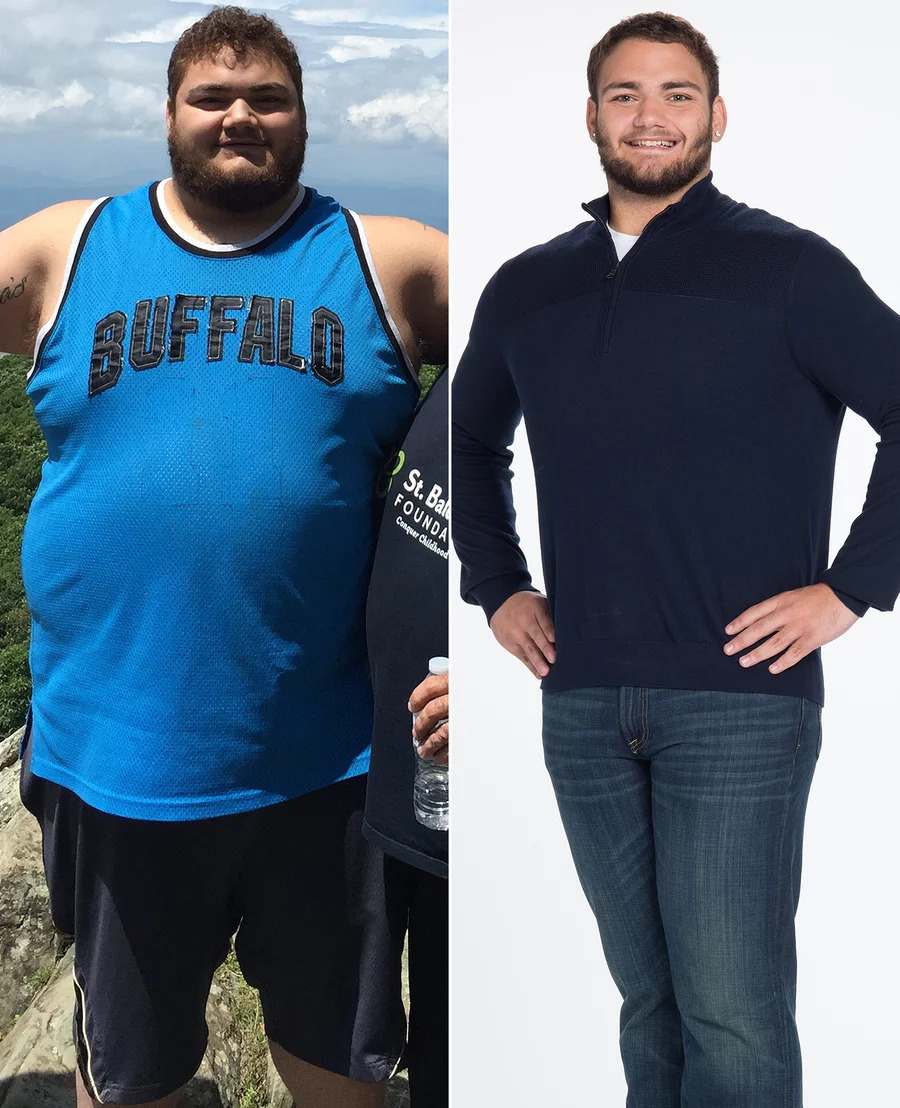 After trying and failing to lose weight multiple times, the Connecticut native had no hope left.

“I thought I would just get bigger and bigger,” Mead, now 23, tells PEOPLE. “I thought I was probably going to die of a heart attack because I was never able to lose weight.”

Although the recent college graduate had been heavy for most of his life, his weight was more manageable in high school, thanks to meals at home and playing basketball.

“In high school I was probably around 350 lbs., but when I got to college, I suddenly had free will,” Mead says. “I stopped going to the gym, and all I wanted to do was sit in my room, play video games and eat, so that’s what I did.”

His mother and grandmother continually pushed Mead to lose weight, but his attempts at meal prepping and dieting never stuck. Then, during his summer vacation in 2016, a health scare landed Mead in the hospital.

“I was on vacation in Virginia and on the walk back to the car, I got short of breath, started sweating, my mouth got all dry, and I had to call an ambulance. I thought I was having a heart attack,” he says. “When I got on the scale at the hospital, that’s when I finally realized how big I was. The doctors didn’t know what was wrong with me, because they couldn’t find a vein to draw my blood.”

But it took an emotional conversation with his dad for Mead to finally make a change.

“One night I was sitting in the living room with him and I said, ‘I know that everyone is always saying that I need to lose weight but it really hurts me because they think it’s easy to lose the weight and it’s not.’ And he said, ‘I know, but everyone is really worried about you and we don’t want to have to bury our children.’ When he said that to me, that’s when I knew it was time because he never really said anything before,” Mead says. “That’s when it hit me that I had to do something about it.”

When he got back to college in the fall, Mead’s mother signed him up for Nutrisystem — though he wasn’t enthusiastic at first.

“I didn’t plan on eating it. I was just going to put it under my bed and continue going out to eat, but in the back of my head was what my dad said about not wanting to bury his children. That stuck with me,” Mead says. “Plus it was easy — all the other plans you had to track stuff. This was microwaveable. It’s kind of ideal for a college student. Everything was already pre-made and it takes just five minutes to make it, plus you have all your muffins and bars to take with you on the go.”

The meals were a change for Mead — he went from eating giant portions to small servings, but he stuck with it, in part because “the food was better than I expected.”

He also started working out, though he was too embarrassed to go to the gym at first.

“I was working out in the handicap bathroom in my dorm because I was too scared to go to the gym,” he says. “A lot of people at the gym will look at you funny, like you don’t belong. But if you’re bigger, that’s where you need to go to make a change. People don’t understand that.”

Mead would use a step stool in the bathroom for cardio, run in circles and do shadowboxing in the mirror. Within a month, he was down to about 470 lbs., and by two months in, he got up the courage to go to the gym.

His goal was to get to around 250 or 260 lbs., but as he lost more and more weight, Mead refocused on feeling healthy and gaining muscle.

“I got down to that weight and started bulking up to put more muscle on, because everyone told me that I got too small. You can never really make anyone happy,” he jokes. “But I’m not as focused on the scale now. I’m more interested in how my clothes feel.”

Now Mead is feeling happy and healthy at 288 lbs., and has a future again.

“I feel like I have way more opportunities, especially with work,” he says. “I didn’t want to do anything before because I was so heavy, but now I’m in car sales and I walk 15,000 to 20,000 steps a day. I’m always out and greeting customers. If I was still at 500 lbs. this job wouldn’t be possible.”