Mom Goes from Eating Pints of Ice Cream to Powerlifting — and Loses 107 Lbs. 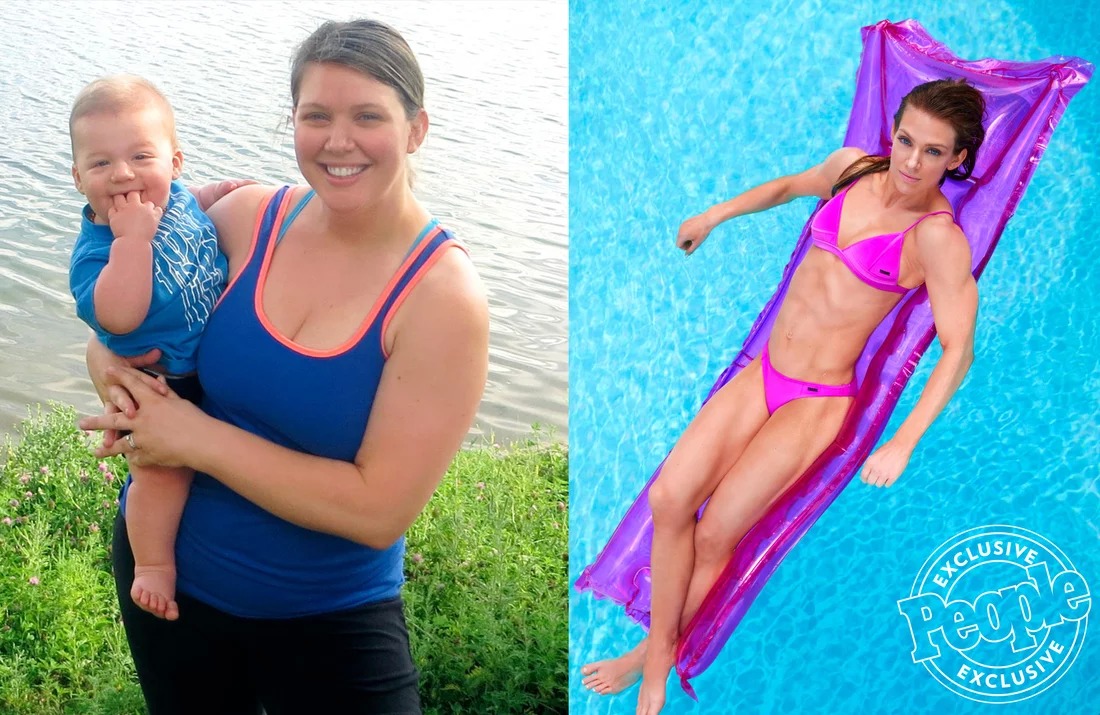 When Brianna Bernard became pregnant with her first child, she fully embraced the “eating for two” idiom — and ended up with a 70-lb. weight gain.

The Minneapolis native hadn’t been heavy growing up, but she started to gain more weight in her late 20’s, and by the time she gave birth,

“I used it as an excuse. In reality, you’re only supposed to eat a couple hundred extra calories a day, but I was eating 1,000 extra,” Bernard, 32, tells PEOPLE for the 2018 “How We Lost 100 Lbs.” issue. “I assumed it would all fall off pretty easily after the baby was born.”

But a year after her son Tye, now 5, arrived, Bernard was still eating poorly — lunch would be a chicken hoagie with mayo and Italian dressing, salt and vinegar chips and a soda, finished off with a pint of ice cream and a brownie — and still holding on to the baby weight.

“I stopped feeling like myself,” she says. “I was so busy being a stay at home mom, that my whole life was about my son and I didn’t take the time for self care.”

During a shopping trip one day, she noticed a copy of PEOPLE’s 2014 edition of the “How We Lost 100 Lbs.” issue, and discovered that one of the women was from Minneapolis, and lost weight with the help of a nearby gym.

“I read her story and saw so much of myself in her,” Bernard says. “She had tried every other way to lose weight — the Keto diet, Atkins, Whole 30 — and nothing stuck for her. And the same was for me. I would do something new for a few days or maybe a few weeks and then fall off the wagon again. But this gym was different for her, so I was hopeful that it would work for me, too.”

For more on Bernard and four more women who lost 100 lbs., pick up a copy of PEOPLE, on newsstands Friday.

Bernard signed up with a personal trainer at the gym, Bodies by Burgoon, and started training two to three times a week in weight lifting, pylometrics, boxing and more. She also revamped her diet, and ditched her processed carb-heavy meals for lean proteins, healthy fats and vegetables.

“Within the first three or four weeks, I was down about 12 or 15 lbs., so that was really motivating,” she says. “I tried to just take it hour by hour sometimes. I had to consciously make a decision to eat well each day. Plan for the week, but live in the moment each day.”

A year later, Bernard had transformed her life. She dropped 100 lbs., started doing powerlifting competitions and became a trainer at Bodies by Burgoon.

“I feel like a completely different person, and I am in so many ways,” she says. “Not just physically — that’s obvious — but the way I feel in my mind. It’s hard to even look back. It feels like a lifetime ago. Now I feel like there’s nothing I can’t do. If I can lose 100 lbs., I can do anything.”

And while she lost a whopping 107 lbs. in total — 37 more pounds than what she gained during her pregnancy — Bernard says the number isn’t important to her.

“It wasn’t about the number on the scale,” she says. “It’s about feeling confident and comfortable in my skin and about feeling strong.”