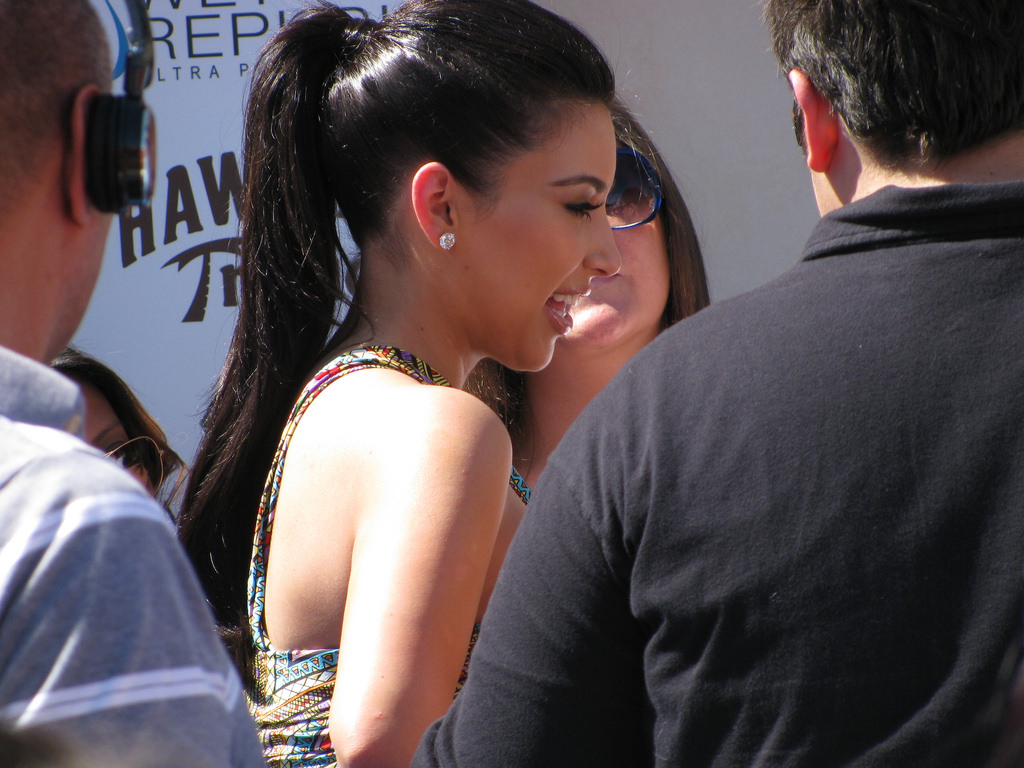 “Make time for it. Just get it done. Nobody ever got strong or got in shape by thinking about it. They did it.” —Jim Wendler

When a Kardashian shares a weight loss tip, people listen. After all, Kim has been enormously successful losing the 60 pounds she gained during pregnancy; Kourtney lost 35 pounds in the five months following the birth of her youngest child and now uses her app as a platform to blog healthy living tips; and Khloé, who authored the book Strong Looks Better Naked, appears to be maintaining her 40-pound weight loss.

But that's not to say these women have mastered the weight loss thing: They've touted some questionable weight loss techniques and have recently come under fire for promoting products for payment without disclosing the sponsored nature of their posts.

Nonetheless, it's only natural to wonder whether any of their weight loss techniques actually work.

So Cosmopolitan.com asked Philadelphia-based weight-loss specialist Charlie Seltzer, M.D., to weigh in on which ones are worthwhile. For the sake of your health and your wallet, you might want to avoid these techniques:

Eating one to two pops per day in response to hunger is supposed to promote satiety to help control food intake, cravings, and weight, and help hold you over until your next meal, all according to the website.

Expert's Take: More research is needed. Dr. Seltzer says this could "be a winner," citing an eight-week, 60-person study conducted in 2010, when women who took took Satiereal pills snacked less, felt more satiated, and lost more weight than a control group who took placebos. "But maybe not," he adds.

In a 28-day study of 20 adults conducted in 2018, there was no significant differences in food cravings, fullness, or hunger among subjects who took supplemented with the ingredient.

2. Exercise In A Sauna Suit

Khloé says wearing this secret weapon (essentially a trash bag that contains body heat during workouts) makes her sweat two to three times as much. "I like wearing the sauna suit during cardio, but you burn more calories and break a sweat faster even if you're lifting weights," she wrote on her app. She also says she drinks two or three times as much to prevent dehydration.

Read: What Is A Burnout And How To Tackle It?

Khloé's nutritionist Philip Goglia, Ph.D., sees this as a vital part of "the perfect strategy for fat loss and muscular repair."

Expert's take: "I can't make sense of how this could affect weight loss, besides the fact that mold-containing foods like blue cheese may have more calories than harder cheeses," Dr. Seltzer says. And while there have been some self-reports of weight gain linked to environmental mold exposure, there's no solid proof that eating mold-containing foods makes weight loss more difficult. "I'd still recommend eating moderately and exercising over cutting out mold, in particular," Dr. Seltzer says.

Khloé has said she lost 11 pounds in a month and a half by eliminating dairy from her diet and replacing foods like cheese, milk, pizza, and ice cream with dairy-free items.

Expert's take: If you're allergic to dairy, and your body retains fluids because of that allergy, cutting out the entire food group can lead to weight loss, according to Dr. Seltzer. The same goes for anyone who cuts out dairy and ends up eating fewer calories overall.

That said, dairy-free alternatives to foods like cheese and ice cream don't necessarily have fewer calories than the real stuff — and often, they contain less protein, a nutrient that's vital for anyone who wants to maintain metabolism-boosting muscle while burning fat. So, assuming you don't have any real problems with dairy, Dr. Seltzer isn't into this approach. "Low-fat dairy is high-protein source of nutrition, and eliminating an entire food group is absolutely not necessary to lose weight or maintainable for most people," he says.

Khloé's nutritionist cut gluten out of her diet — and Kourtney recently put herself and her kids on a gluten-free diet too, bringing dairy-free, gluten-free cookies to her brother Rob's birthday party for her kids to eat instead of birthday cake.

Expert's take: If you happen to be sensitive to it, gluten can make you feel bloated and generally crappy, which makes it difficult to eat well, exercise, and lose weight efficiently. That said, people who feel perfectly fine after eating moderate amounts of gluten-containing foods like whole-grain bread probably won't lose weight by substituting with gluten-free foods.

Related: 7 Reasons Why the Scale Says You Gained Weight Overnight

Because foods that lack gluten can contain added fats and sugars to improve their consistency and taste, there's no saying whether gluten-free alternatives are any better for weight loss than the real thing.

The bottom line: "Eliminating a food group until you reach your goal weight won't help you address any underlying issues like overeating, so you'll just put the weight back on once you reintroduce the food," Dr. Seltzer says.

Kim, Kendall, Kourtney, and Khloé all appear to swear by waist-training. "The sweat band is a super easy comfortable band that I can wear while I'm working out," Khloé wrote on Instagram. "This band makes me sweat more in [the] tummy area so it give me that extra boost when I'm feeling a little bloated." (It's unclear whether she gets paid to promote the product.)

In other words, it won't give you an hourglass figure without old-fashioned diet and exercise.

Kourtney has credited Lyfe Tea Teatox tea, and Kylie has said she drinks FitTea before shoots. Again, it's unclear if these promotions are paid for or if the Kardashians genuinely use the products.

Expert's take: "Nothing you can take will have any real effect on your weight if you're not watching your caloric intake," Dr. Seltzer says.

Khloé wrote on her app she allows herself an entire "treat day," during which she might eat her favorite foods like pizza and mac and cheese.

Expert's take: "The effectiveness of a weight loss program can only be assessed in retrospect, so in 20 years, if she can maintain weight by taking full cheat days, good for her," Dr. Seltzer says.

There's an approach Dr. Seltzer prefers: "Eat what you like every day by controlling food quantities and by eating less during certain meals to compensate when you want to eat larger meals later on," he suggests.

This way, you won't feel inclined to turn every burger into a 24-hour bender.

Khloé has endorsed Fit Tea Wraps (in sponsored posts, FWIW). Essentially, they're a sheet mask soaked in a special gel made with ingredients like green tea, cocoa extra, and a bunch of other stuff that's difficult to pronounce.

You apply it to an area like your stomach, wrap it in cellophane to soak in, and rub the excess gel into the skin to minimize the appearance of cellulite for a firmer, toned look.

Expert's take: Dr. Seltzer sees how the wraps could eliminate some water below the skin, leading to a temporary change in appearance. "But you have to look in the mirror before you start this," he warns. "If you're carrying around an extra 50 pounds, you're not going to lose it by wrapping your body in anything." So Fit Tea Wraps alone won't transform your body — sorry.

After giving birth to Saint, Kim followed the Atkins 40 Diet to lose the baby weight. It involves cutting out all carbs like sugar, sweets, white flour, and white rice, then gradually reintroducing selective foods like brown rice and yams.

Expert's take: "Slowly reintroducing food you've eliminated after a very, very restrictive induction period should work on paper. But take bread away from someone who's been eating it for 30 years, and the first thing they're going to eat when they're off the diet is three loaves," Dr. Seltzer says. "If you have to do crazy shit to be lean, you're not going to be happy, and you lose." So again: Moderation FTW.

Kourtney drinks this clarified butter every day, claiming it does wonders for digestion and boosts fat burn. "Ghee is the first thing I put in my body every morning," she wrote. "I take one big teaspoon of ghee every morning, melt it on the stove in a pan and drink it out of a cute little ceramic white cup. After I take it, I don't eat anything for 20 minutes, and then I drink a glass of water before eating food."

Expert's take: "I wouldn't ever drink fat in the morning because it provides extra calories without making you feel full," says Dr. Seltzer, who recommends against forcing yourself to consume anything in the morning for health's sake — even breakfast on days when you're not hungry. "Unless you like the way it tastes and it leads you to eat fewer calories later in the day, you'll be no better off," he adds.

Read: 15 Amazing Things Happening To Your Body When Losing Weight

12. Take a Probiotic Shot After You Workout

Kourtney says she goes drinks her probiotic shot right after she stops sweating.

Expert's take: While Kourtney doesn't articulate why she follows this habit, it's unlikely that the post-workout refreshment enhances her workouts or helps her maintain her weight. "Some people believe probiotics improve gut health and hormonal levels, which can translate to weight loss," Dr. Seltzer says. "But the effects would be insignificant without a major calorie deficit. I never heard of probiotic shot after workouts doing anything." Instead of taking probiotics after exercise, "it's probably a good idea to drink a protein-containing shake to repair muscles after you work out," Dr. Seltzer says.

13. Use Chia Seeds As An Appetite Suppressant

On Kourtney's app, she says that chia seeds expand in the stomach to fill you up and reduce your appetite.

Expert's Take: Chia seeds are calorically dense so, like most foods, they're only worth eating if you genuinely like them. Otherwise, drinking a glass of water 30 minutes before a meal can deliver a similar feeling of fullness without costing you any calories. "Very few people would be harmed by drinking more water," Dr. Seltzer says.

"People would do better to figure out what will work for them through trial and error rather than copy what someone else does," Dr. Seltzer says.

Particularly, it seems, when that someone is a Kardashian — or anyone who lacks a medical degree.

(This article was originally posted here)