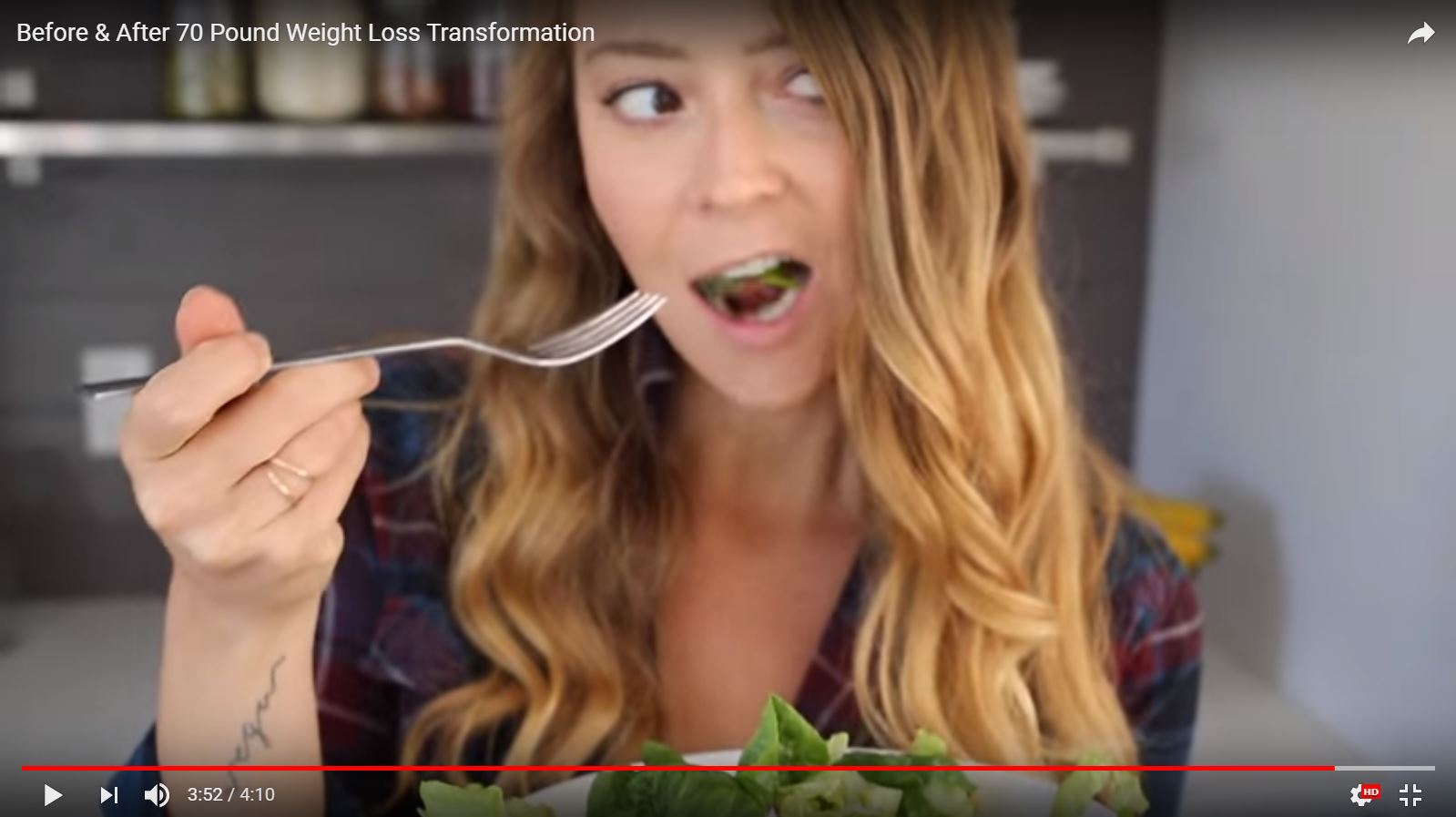 Hannah began dieting since 12 years old. Her struggles led to catastrophic lifestyle changes while holding onto the hopes of having a better life. She fell in the habit of drug and alcohol addiction, admitting that change felt forever.

And at the age of 20 is when Hannah began smoking. At this time she was drinking 2 bottles of wine a day and was still overweight. In attempts to keep her appetite down she took adderall and coffee the entire day. While her weight went up and down she had no energy, motivation, and developed depression.

Finally, at the age of 27--after 15 years of destroying her body through crash diets, alcohol, drugs and starvation she decided to change and began searching for inspiration, of which she found on social media.

From inspiration to decision making, she began a raw vegan diet which she described amazing. And afterwards she quit smoking, drinking, all recreational drugs and as well as caffeine. She began to eat tons of raw fruit (for example 30 bananas in a day--sometimes more).

"The people I followed for advice were saying I needed to eat tons of food because fruit can't make you fat, so I did! I was eating around 3000 calorie's everyday, and to make a long story short. I did gain weight, 30 pounds to be exact." Hannah said.

Hannah began a once-in-a-lifetime opportunity of hers in which she took advantage of by documenting, filming, and uploading her progress through her youtube channel.

And her most notable success was decreasing her size from 16 to size 6--and now proudly shares her achievement in successfully losing 70 pounds overall.