The Diet This Woman Credits for Her 65-Pound Weight Loss 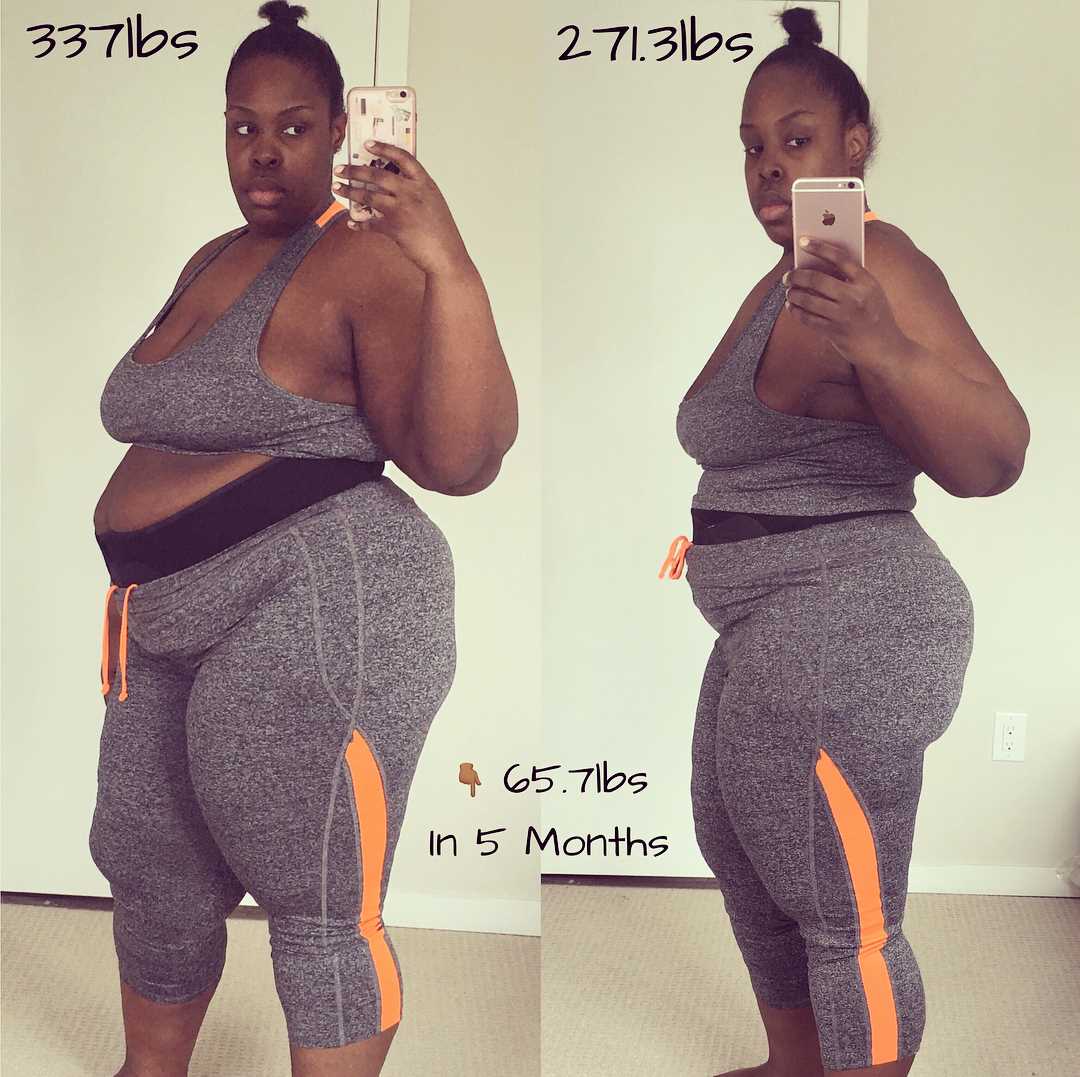 Janielle Wright is known on social media for posting style and beauty looks. But these days, the 28-year-old influencer is posting more makeup-free gym selfies than cat eyes. On Sunday, she showed off the progress she's made on her weight loss journey—she's dropped 65 pounds since January 1.

(Related: The Healthiest Way to Do Intermittent Fasting, According to a Nutritionist)

“DONE NATURALLY,” she wrote, celebrating her transformation. “Get up and make a change...make it happen!”

Wright tells Health how her journey got started. She made a New Year's resolution to lose 100 pounds by the end of the year, motivated to get healthier by her 3-year-old daughter, Novah.

DONE NATURALLY! Thank you Jesus! 😭🙏🏾❤️NO WHERE NEAR DONE. SWIPE 👉🏾Change for the better won't happen if you keep doing the same things for the worst. Get up and make a change... Make it happen! 👊🏾💪🏾Link to video on how I lost 65.7 lbs naturally in 5 months is in my bio! ☺️

“I was 337 pounds and feared that I wouldn’t live long enough for me to see her tie her shoes,” she says. “I wanted to be better for her and I wanted to live for her.”

In a YouTube video where she details her weight-loss story for fans, she also reflected on her “before.”

“That’s the highest weight I’ve ever been,” she said. “I didn’t want to die.”

To reach her goal, Wright went on a low-carb diet consisting of veggies and lean protein, and she currently eats plenty of foods containing healthy fats, like salmon and tuna.

She's also committed to intermittent fasting, a diet strategy that has people cycling between periods of regular eating and then fasting or severely restricting their caloric intake. While fasting for long periods is never a good idea for weight loss, some research shows that intermittent fasting can help people reach their target weight and reduce disease risk.

Wright started with a 16-hour fasting period and 8-hour eating window, but she also does the 20/4 method, which involves a shorter, 4-hour eating period.

“When I break my fast it’s usually with two or three egg whites with two pieces of bacon and sausage, fruit, spinach salad, baked chicken,” she says, telling Health her favorite foods.

Wright also began using a treadmill, and she now power walks for 45 minutes on a high incline. She follows up her workout with a 25-minute HIIT routine. Since January, she’s worked out every day, Monday through Saturday, and takes Sunday off. She now consistently exercises for 70 minutes every day, six days per week.

(Related: Here's What a Perfectly Balanced Week of Workouts Looks Like)

In the YouTube video, Wright was asked how she finds time to eat healthy and squeeze in a workout nearly every day. “I make sure that I find the time because it’s something important to me and it’s something I want,” she said. “This is my lifestyle now.”

Wright doesn’t drink alcohol, and she hasn’t taken any dietary supplements. With minimal “cheat meals” and faith in her weight-loss journey, she’s proving to be an inspiration to both her little one and her 30,000-plus followers on Instagram.