12 Superfoods Every Man Needs in His Diet To Get Healthier

Adding these top disease-fighting, fat-blasting foods to your diet can make a huge impact on your physical and mental health as well as weight loss.

Do yourself a very important favor and read the positive benefits of the superfoods listed in this article!

The first step to healthy living starts with putting these foods in your diet. Immediately. 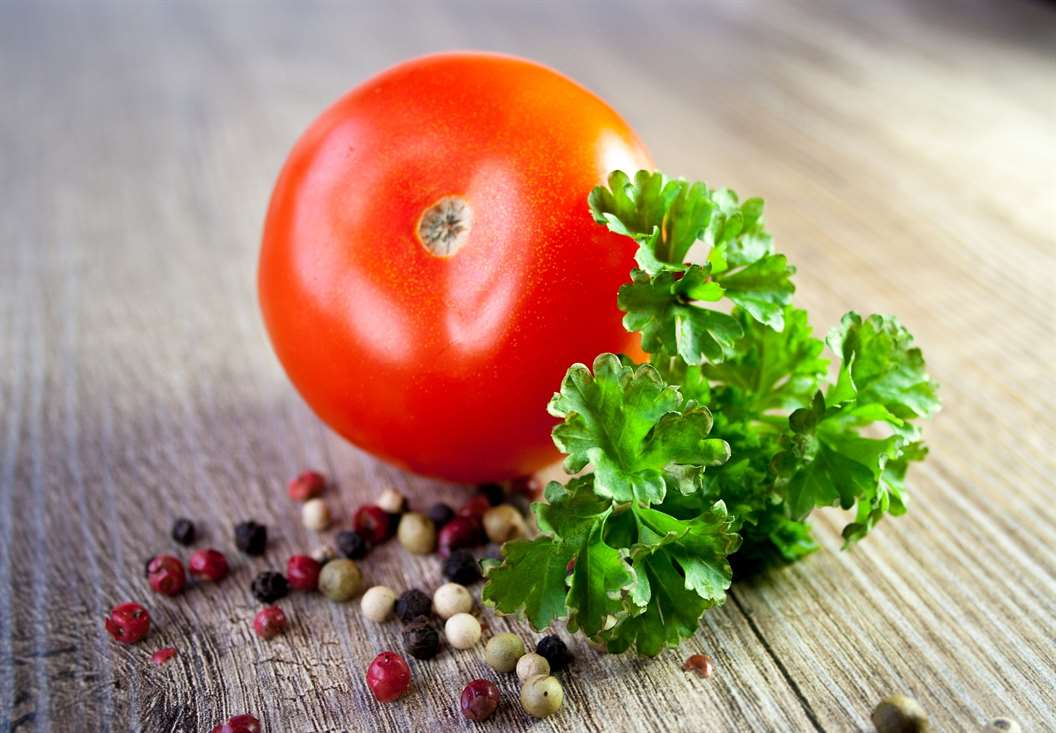 Men who eat a lot of tomatoes, tomato sauce, or pizza smothered with the stuff may be giving themselves a hedge against prostate cancer.

So say researchers at Harvard, who studied the eating habits of more than 47,000 male health professionals. They found that men who ate tomato sauce two to four times per week had a 35 percent lower risk of developing prostate cancer than men who ate none.

A carotenoid called lycopene, which tomatoes contain in abundance, appeared to be responsible.

But scientists were puzzled: Tomato juice didn’t seem to have a protective effect. Other research showed why.

For best absorption, lycopene should be cooked with some kind of fat. So pizza may be just what the doctor ordered.

Related: Can Drinking Tea (of All Things) Really Help You Lose Weight? 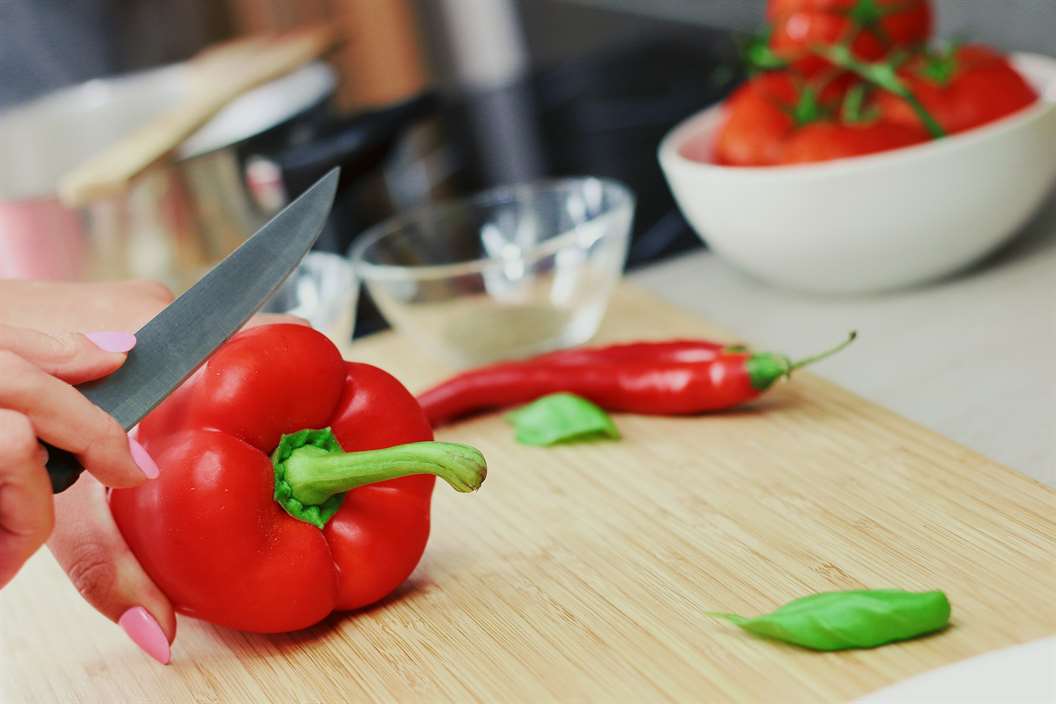 We’re not saying you should eat red foods exclusively, but definitely add stuffed peppers to your diet.

Like tomatoes, red bell peppers have the lycopene that can reduce your risk of prostate cancer. And compared to other colors of peppers, the red ones pack in the most nutrients because they’re on the vine longer than green, yellow, and orange varieties. They have almost 11 times more beta-carotene (an essential nutrient your body needs to produce vitamin A) and 1.5 times more vitamin C than green peppers. 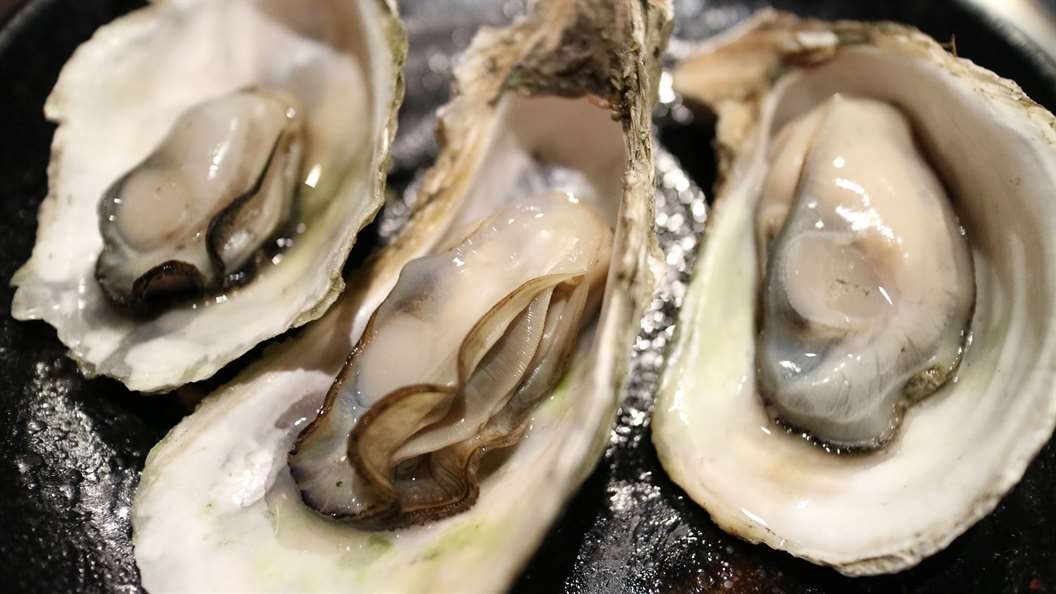 Myth has it that oysters are the food of love. Science may agree. Just two to three oysters deliver a full day’s supply of zinc, a mineral critical for normal functioning of the male reproductive system.

Scientists are divided over reports that sperm counts have declined over the last 50 years and that environmental factors are to blame. Nutritional deficiencies do seem to be the cause of certain cases of low testosterone.

Getting adequate zinc is sometimes the answer (11 mg per day is recommended for men; more than 40 mg can pose risks). 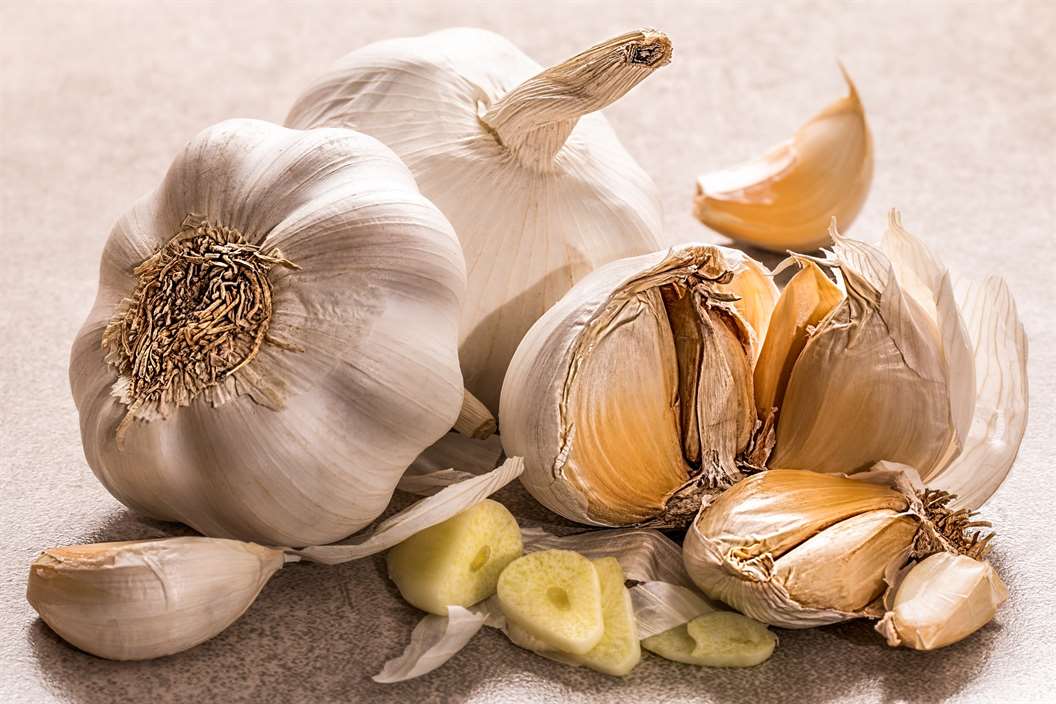 The pungent clove has long been known for its power to drive monsters and evil spirits away, but its antioxidants help garlic keep acne, hair loss, and the common cold at bay.

A study from the Journal of the National Cancer Institute found that a greater intake of allium vegetables, particularly garlic and scallions, reduced participants’ risk of prostate cancer by 50 percent. But garlic doesn’t only have physical health benefits.

Researchers in Prague discovered that the more garlic men ate, the more women found their scent attractive and less intense. The reason isn’t exactly clear—the garlic could produce some sort of sexy chemical reaction with male sweat—but that doesn’t mean you shouldn’t try it out yourself.

We bet you didn’t know that these 9 Ways You Can Literally Lose Weight In Your Sleep. 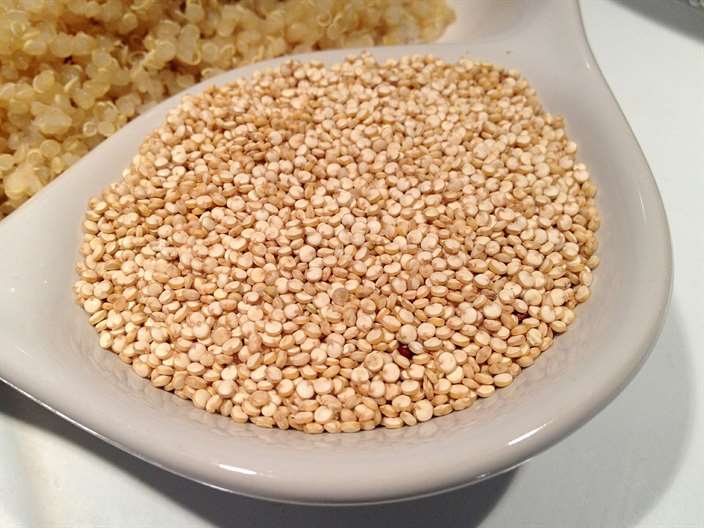 Who would guess that such a small and versatile grain could be a powerful superfood?

What does that mean for you?

For starters, a lower risk of obesity, high blood pressure, and Type 2 diabetes, which affects almost 14 percent of all American men.

Type 2 diabetes doubles your risk of low testosterone and triples your chances of erectile dysfunction.) And good news for anyone with Celiac disease: It’s gluten-free. 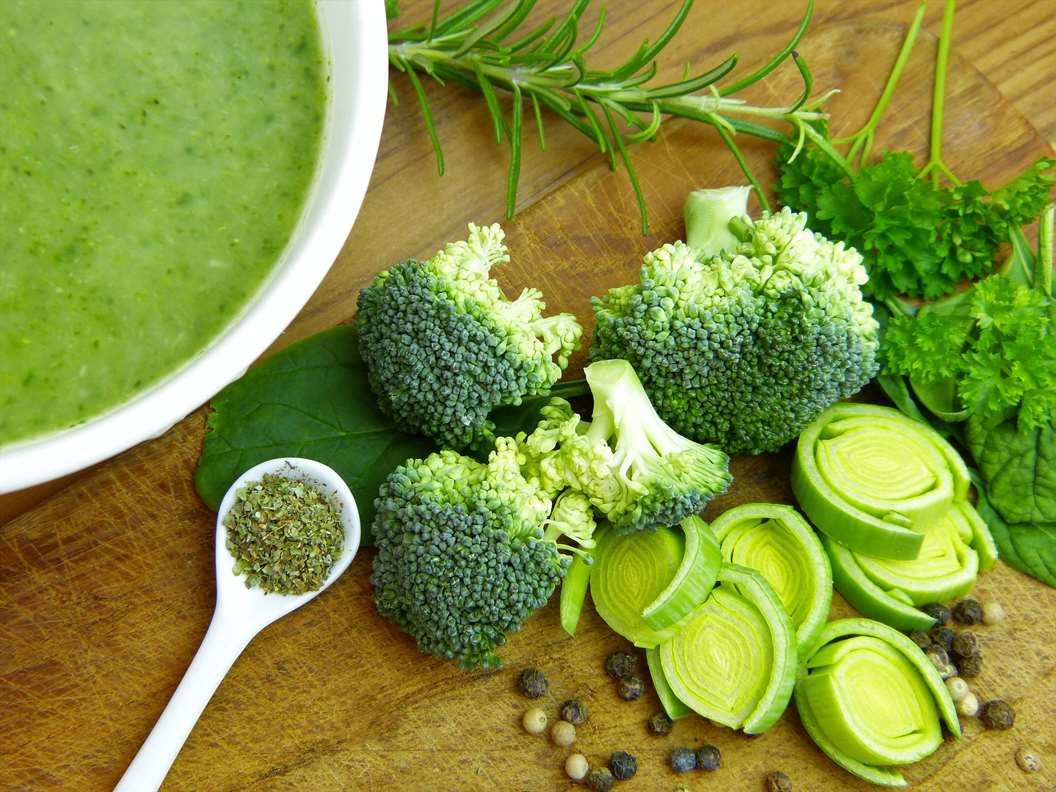 A recent Harvard study finds that cruciferous vegetables, like broccoli, may be healthier than previously thought—and even protect against bladder cancer. It’s one of the most common cancers in this country, and affects two to three times as many men as women.

Scientists analyzed the diets of nearly 50,000 men and discovered that those who ate five servings or more per week of cruciferous veggies were half as likely to develop bladder cancer over a ten-year period as men who rarely ate them. And broccoli and cabbage were singled out as the most protective foods.

Try these 10 Fat Burning Juices Everyone Must Have for Quick Weight Loss. 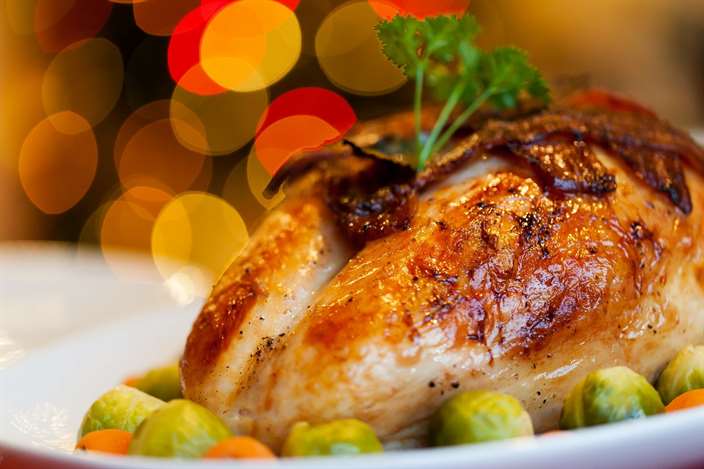 Skinless turkey is one of the leanest meats out there and makes a great source of protein and selenium, a powerful mineral that can fight free radicals before they attack your cells and potentially cause cancer.

Studies have shown selenium can decrease the risk and growth rate of prostate cancers and cut the risk of esophageal and gastric cancers in half.

Don’t forget about the dark meat. It may get looked down upon for having more fat, but it has more zinc than white meat. Among other nutritional perks, zinc can increase sperm counts in subfertile men by 74 percent, according to a Dutch study. 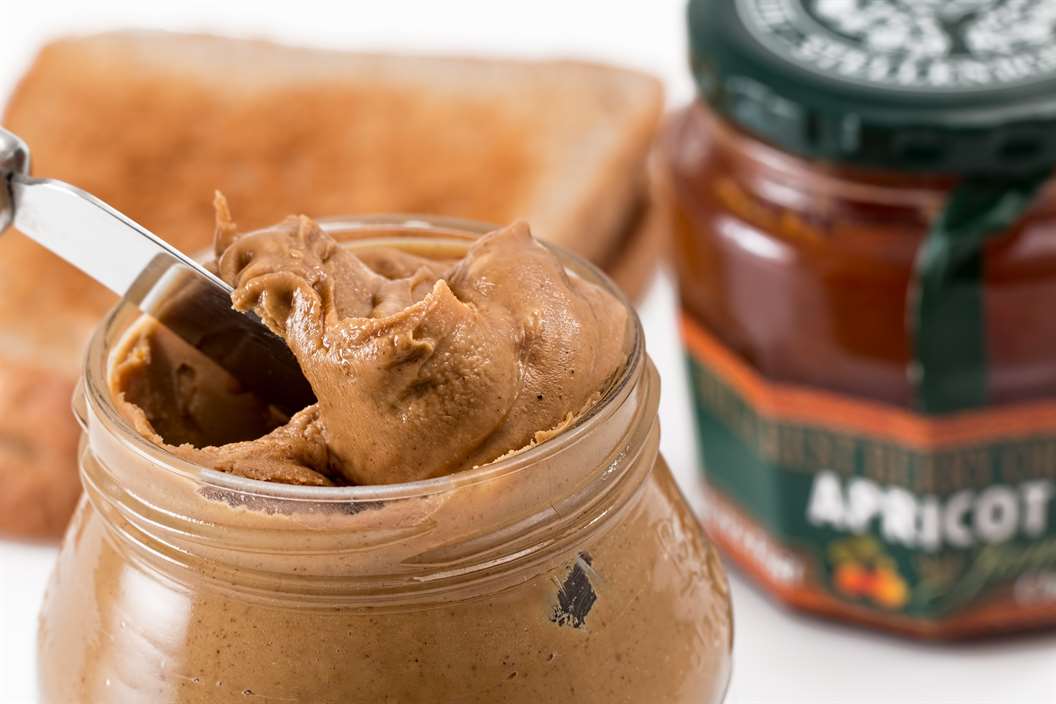 If you want a healthy heart, spread your morning toast with peanut butter. Heart disease is the leading killer of men and women, but men fall victim at an earlier age.

Researchers from Pennsylvania State University compared the cholesterol-lowering effect of the American Heart Association’s Step II Diet with a higher-fat diet based on peanuts. The AHA plan included more carbohydrates. The peanut regimen was 36 percent fat.

After 24 days both diets lowered “bad” LDL cholesterol. But the peanut plan also caused a drop in blood fats called triglycerides and did not decrease HDL, the “good” cholesterol. The AHA diet raised levels of triglycerides and lowered levels of HDL. “Peanut butter is a little higher in fat,” says Penny Kris-Etherton, Ph.D., the lead author of the Penn State study. “But it’s the type that’s good for you—monounsaturated fat.”

Researchers have predicted that the peanut diet could reduce heart-disease risk even more than could the AHA diet. Just don’t go nutty plastering on the tasty spread, since it is high in calories.

Related: 7 Eating Tips To Help You Lose Weight and Keep It Off 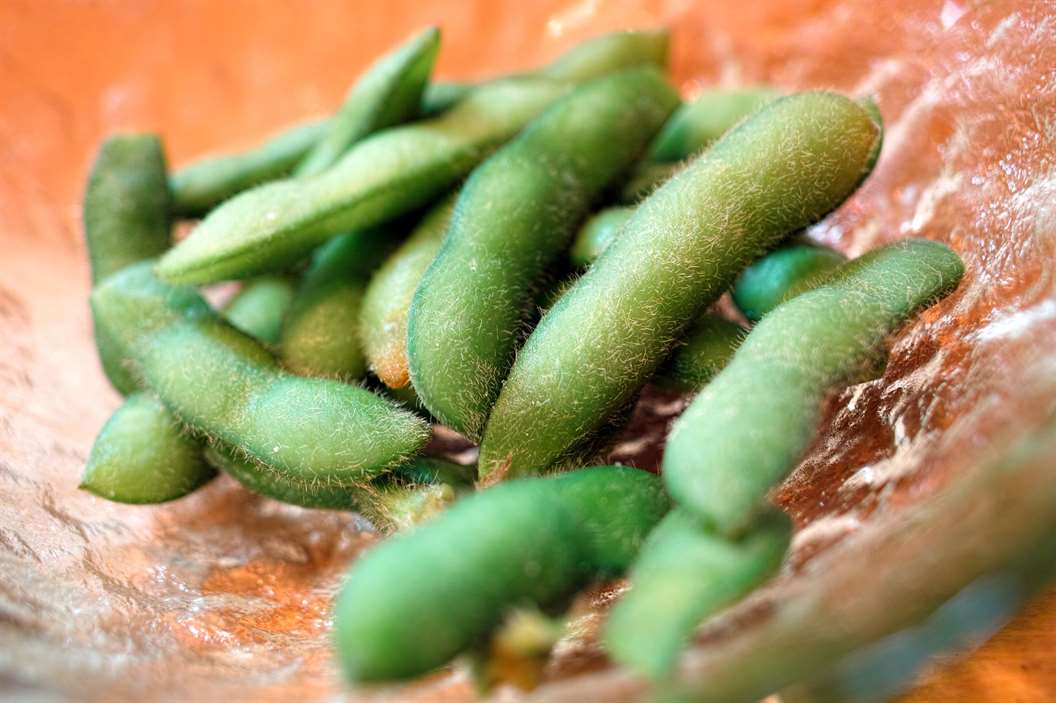 Here’s the deal with soy and the male body.

Soy products, like edamame, contain weak levels of estrogen-like activity because of their plant compounds called isoflavones. That revelation has caused the Internet’s male population to freak out and worry that eating soy could cause “man boobs” and other anatomical changes. Rest assured, that isn’t the case.

Multiple studies have shown that moderate soy intake doesn’t have feminizing effects on men. Now that we’ve covered that, the many perks of soy include lower cholesterol, lower blood pressure, and even reduced risk of prostate cancer.

If you’re a man over 50 and have problems in the bathroom, edamame can help you too.

Trouble urinating can be caused by an enlarged prostate, or benign prostatic hyperplasia (BPH), and the isoflavones in edamame help prevent prostate growth. 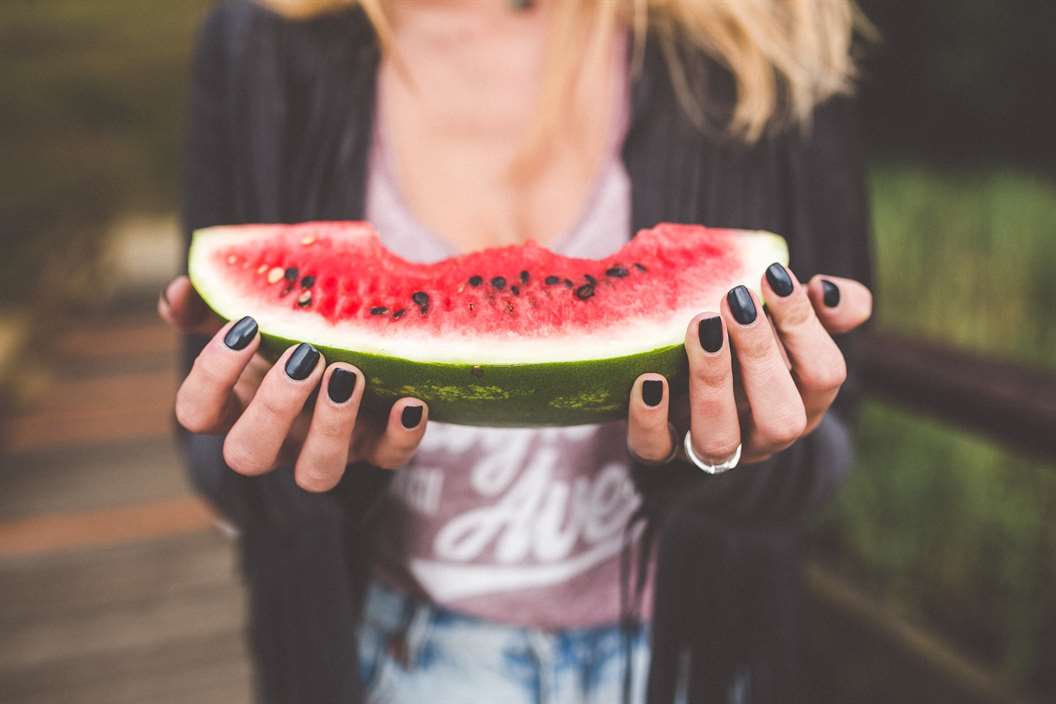 The evidence is so convincing that the Food and Drug Administration recently allowed food labels to bear a health claim about the connection between potassium-rich foods and blood pressure. “There isn’t a dietary requirement for potassium,” says Kathleen Cappellano, nutrition-information manager at Tufts University in Boston. “But a good goal is about 2000 milligrams or more a day.”

Related: Reasons Why Watermelons Are Eye-Opening For Your Diet

Watermelon, a rich source of this mineral, has more potassium—664 mg—in one large slice than the amount found in a banana or a cup of orange juice. So cut yourself another slice and enjoy the taste of summer. You'll also want to try this morning beverage that can boost your exercise and burn weight faster.