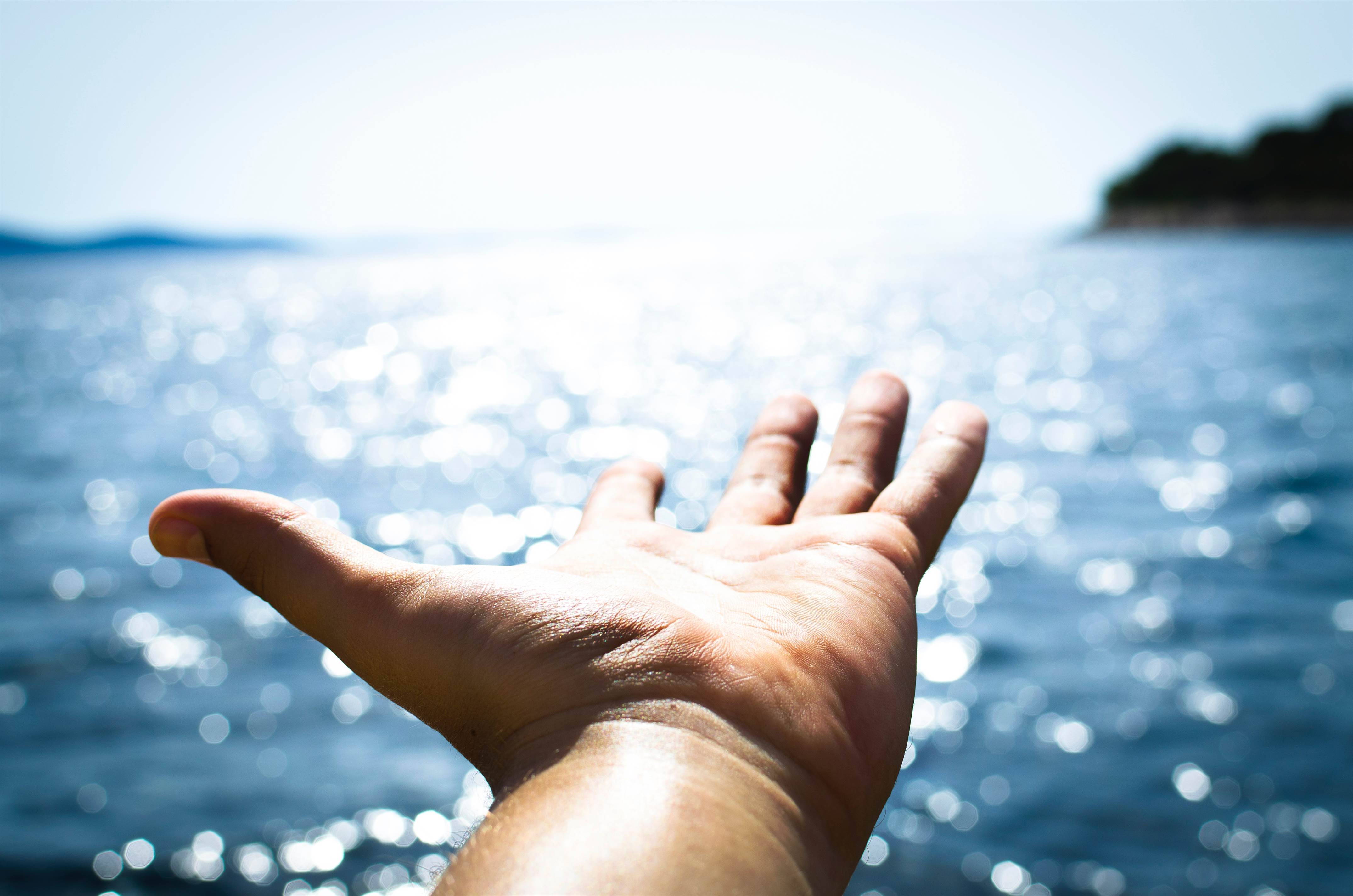 “Do what you can, with what you have, where you are.” —Theodore Roosevelt

Your body suggests a certain amount of calories to be met in order to stay consistent with health and weight gain every day. When it begins to fall in a deficit of calories, it begins to go in a starvation state. When your body is at a calorie deficit, conditions occur.

The upcoming 3 points below will explain the importance of being under a calorie deficit:

A few days of severe calorie deficit may be fine and hardly cause any changes, but for those that consistently eat at dangerously low calorie amounts the body transitions into a state known as the conservation state, or what some people call, starvation mode.

Related: 12 Ways to Lose Weight Without Working Out

Us humans have very mysterious but clever bodies that are able to function on its own in survival without much of our help. Unfortunately we still don't know to the full extent of how our body is able to survive when placed in very stressful situations. But the fact that our body is clever explains how some people who have been stranded on an abandoned island are able to survive for months being empty handed. The body begins to slow down the metabolism in an effort to maintain homeostasis in light of a severe calorie deficit.

For extreme dieters this may be familiar: The body slows things down, slows the burning of fat, and actually begins to breakdown muscle tissue for energy especially if the dieter is also engaged in weight training.

Muscle Cannibalization is simply when your muscles are broken down by the body and used as fuel for other parts of your body.

Severe calorie deficits can cause this as well as not eating enough protein. Your body can break down one muscle group to build and repair the group you just worked out and then vice-versa later in the week when you work out the other muscle group.

One study showed that instead of fat loss occurring and then muscle loss during starvation, they both can happen in parallel to each other.

To prevent this from happening a dieter must eat enough calories and enough protein to prevent this from occurring. Dieters want extra energy to come from their fat reserves, not their muscles or they’re defeating the purpose. If you don't mind supplements, supplements like Turmeric Diet Secret are advertised and proven to preserve lean muscle when taking it along with your diet plans. To be safe, just make sure you are still staying physically active and eating normally. 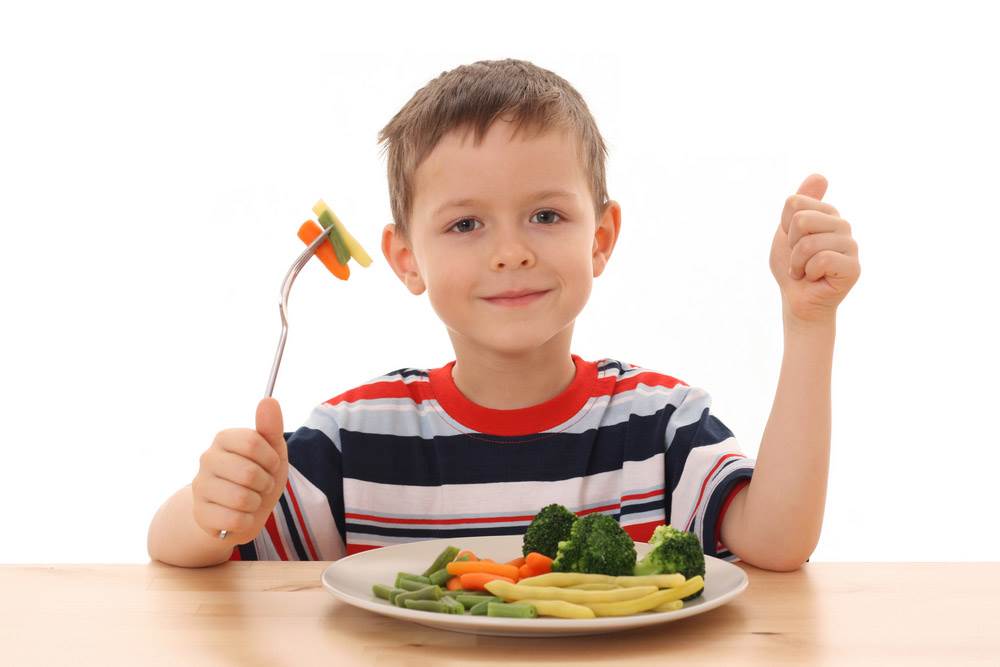 Unless a dieter is morbidly in a state of obesity and under the direct care of a physician, he/she should never have a calorie deficit of more than 400-500 calories or 20% less than their daily calorie intake with the calories burned with exercise factored in.

Related: Tips To Healthy Eating On A Budget

For those that are already pretty lean, but just have 5 pounds to lose, calorie deficits can be even smaller.

So, make sure you are eating enough to support your bodily processes and the growth and activity of your muscles, but not too much that your body won’t burn a small amount of its fat reserves each day to make up for the slight deficit you are in.

Note: If you want to take on Bryan Flatt's foolproof, science-based system that's guaranteed to diminish your stubborn body fat within 14 days with the 2 Week Diet system: He's had many successful clients take on his promise of removing 6 pounds of fat in just 14 days--although you'd have to follow his 2 Week Diet system exactly as he lays it out or you might not get the results you want. 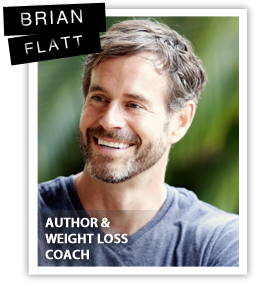 Go there now and you will find testimonials, success stories, customer reviews, the benefits of using the 2 Week Diet system, what results you will see after two weeks, and more information about why and how it has a record of it working for people.

Use coupon code FLATBELLY15 to get 15% off entire order. I WANT TO TRY

It can be really challenging for some dieters to eat more, especially if they have been doing low calorie diets for a large portion of their lives. It can also be challenging for people to eat the amount of carbs recommended with flexible dieting especially for those that have had “carbs are bad” drilled into their heads for so long.

It’s time to start eating again and come into a better relationship with food. Slow and steady weight loss is the goal with flexible dieting and this, unlike other diets, is sustainable over the long-term because you are able to eat and not feel deprived.

A study by the Journal of the International Society of Sports Nutrition was conducted and found that eating as often as six times a day helps to reduce hunger.

Lets look at Jeanne Sager's story. She tried eating 6 meals a day and in the end she was able to fit her jeans. However, it was not an easy task.

In the past she tried eating one meal a day. Our minds work very simply: If you eat less, you will weigh less. Jeanne lived a similar lifestyle. Turns out her experiences were interestingly different than what we would imagine:

Although she had one meal a day, that one meal was always a giant one. From this sluggish food-eating lifestyle, she gained 10 pounds. She then realized that she had to make more of her food ahead of the time, whether it was in the morning or the night before. Why? Because when she didn't, she ended up grabbing frozen pizza or raiding the candy jar.

Now lets look at a story from Nessa, who was 37---now 40, a finance professional living in Luxembourg, Germany, with 407k people following her @nessasphere on Instagram.

This is a picture of Nessa, telling a story of how she lost weight eating 2200 calories per day: 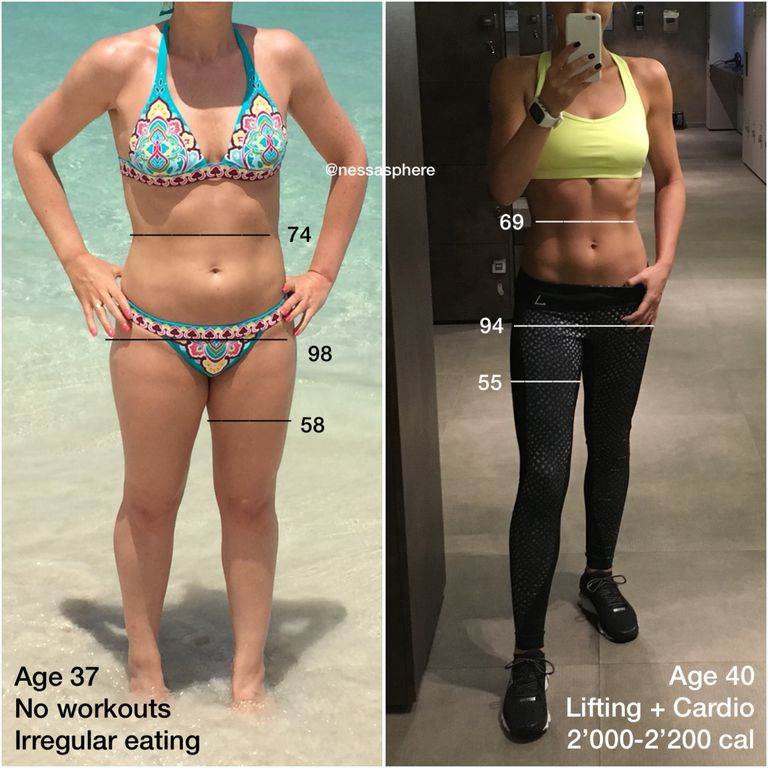 It only took the first few weeks for her body to start to change. This is what she shared:

"By eating regularly and lifting weights, I was giving myself the fuel to build more muscle, which in turn revved my metabolism", says Nessa. 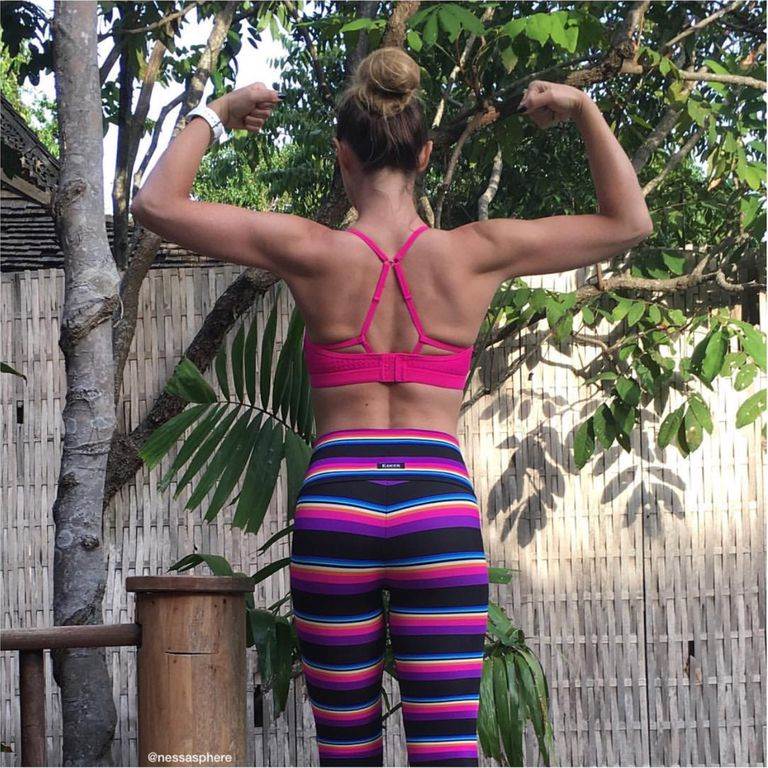